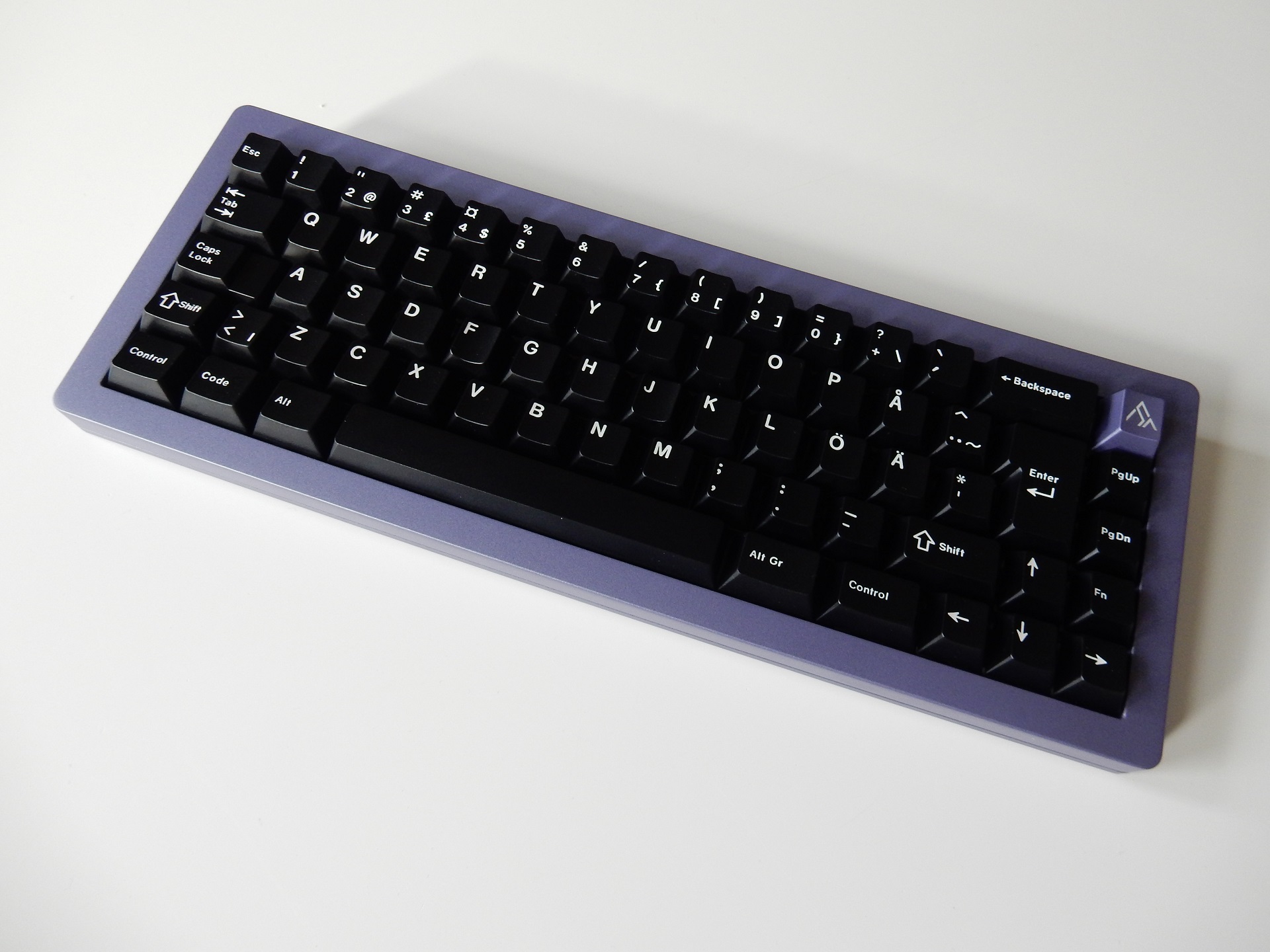 This is the joint effort of me, Stormlex, and the engineer soran, who also made the Efreet 40% board. My idea was to create a no-fuss low height 65% keyboard with quite thick bezels and soran was up to the task engineering it.

To be frank, I just came up with the idea and then commissioned soran for the actual work.

It has a ledge in the bottom front making the height only 16mm at the front. And by using the Tada68 PCB design it can house a number of different PCB without modifications. I prefer the excellent TA-65 PCB from Maartenwut. This build is the first prototype and has aluminium plate and Invyr Holy Panda switches. There is a carbon fiber plate incoming later on to be used with vintage Cherry black switches to be able to swap between sets.

There are some anodization issues on this prototype due to manufacturer not being able to get it quite right, but overall it's a nice prototype. There will be another one made later on using a different manufacturer and anodized in a nicer color as well.

Update Feb 2020:
Grew tired of the bad anodization and sent it to Salvun for sandblasting and cerakoting in the color cruched orchid. It came out super nice and also got an aluminum Salvun keycap in the same color. Well worth the price to have a flawless finish on such a nice keyboard. Also replaced the aluminum plate with a carbon fiber one.

Update Oct 2021:
Sold this keyboard together with GMK Red Samurai. 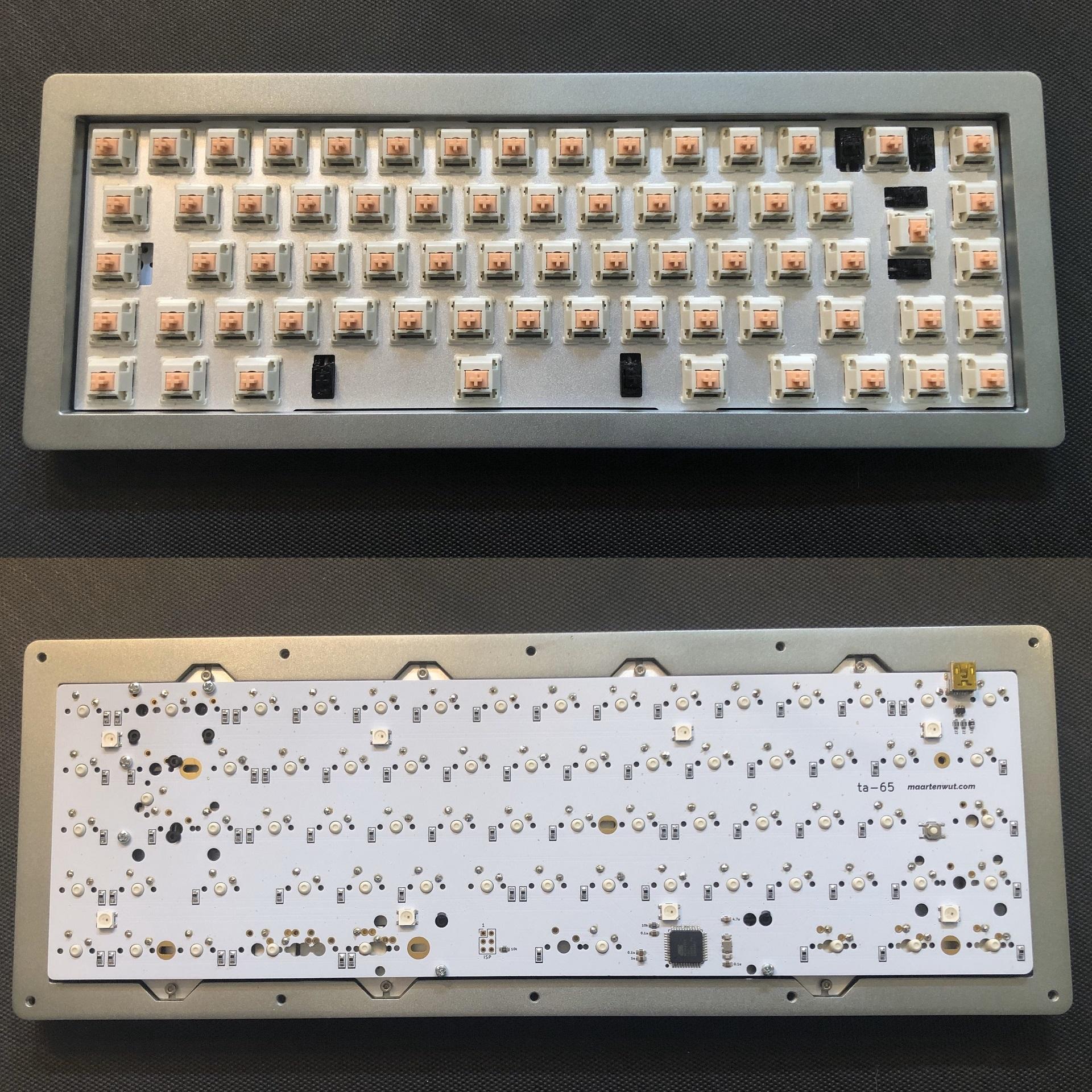 The switches mounted in the plate and PCB 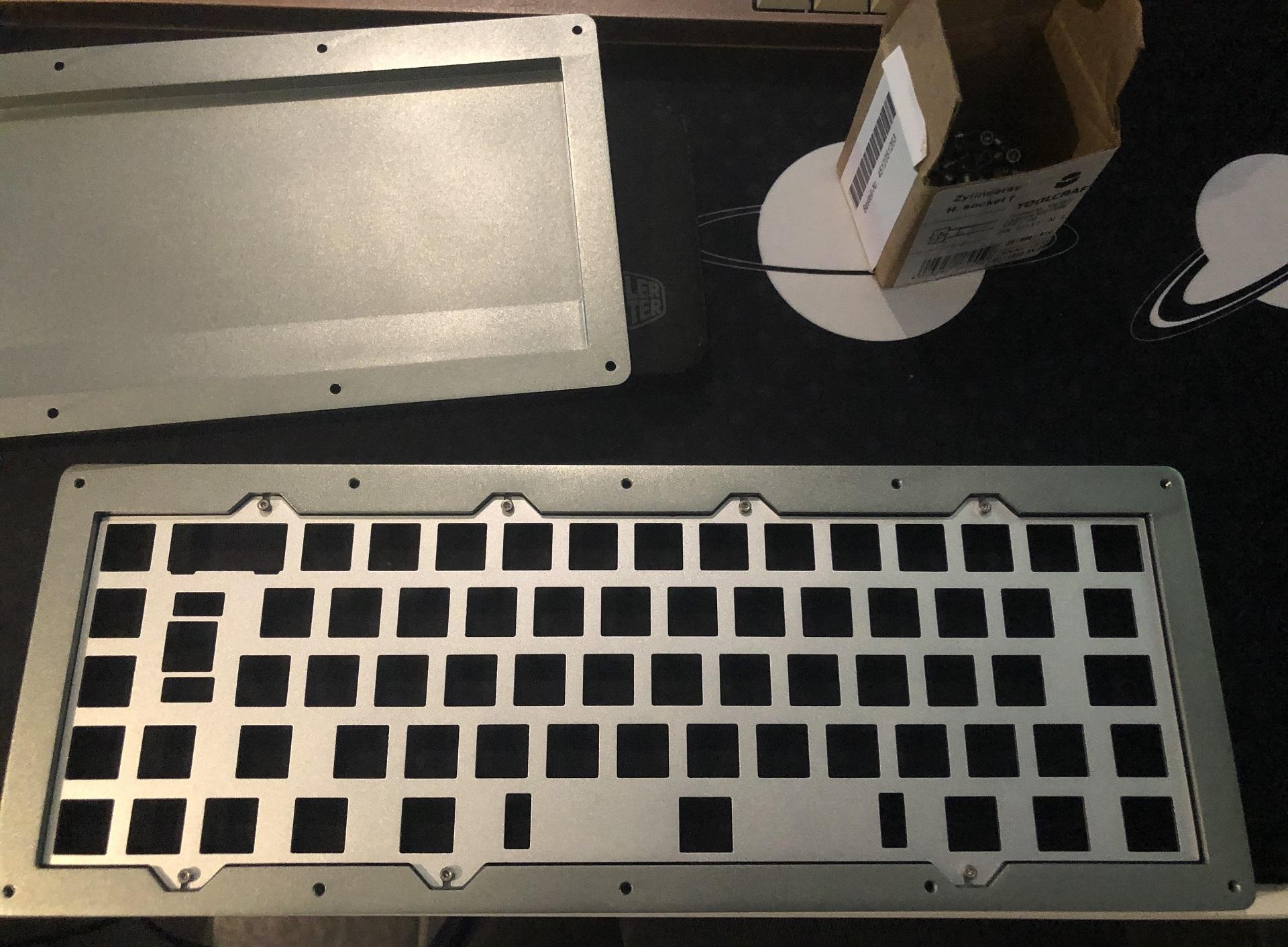 Here's a picture of the ledge and the plate mounting 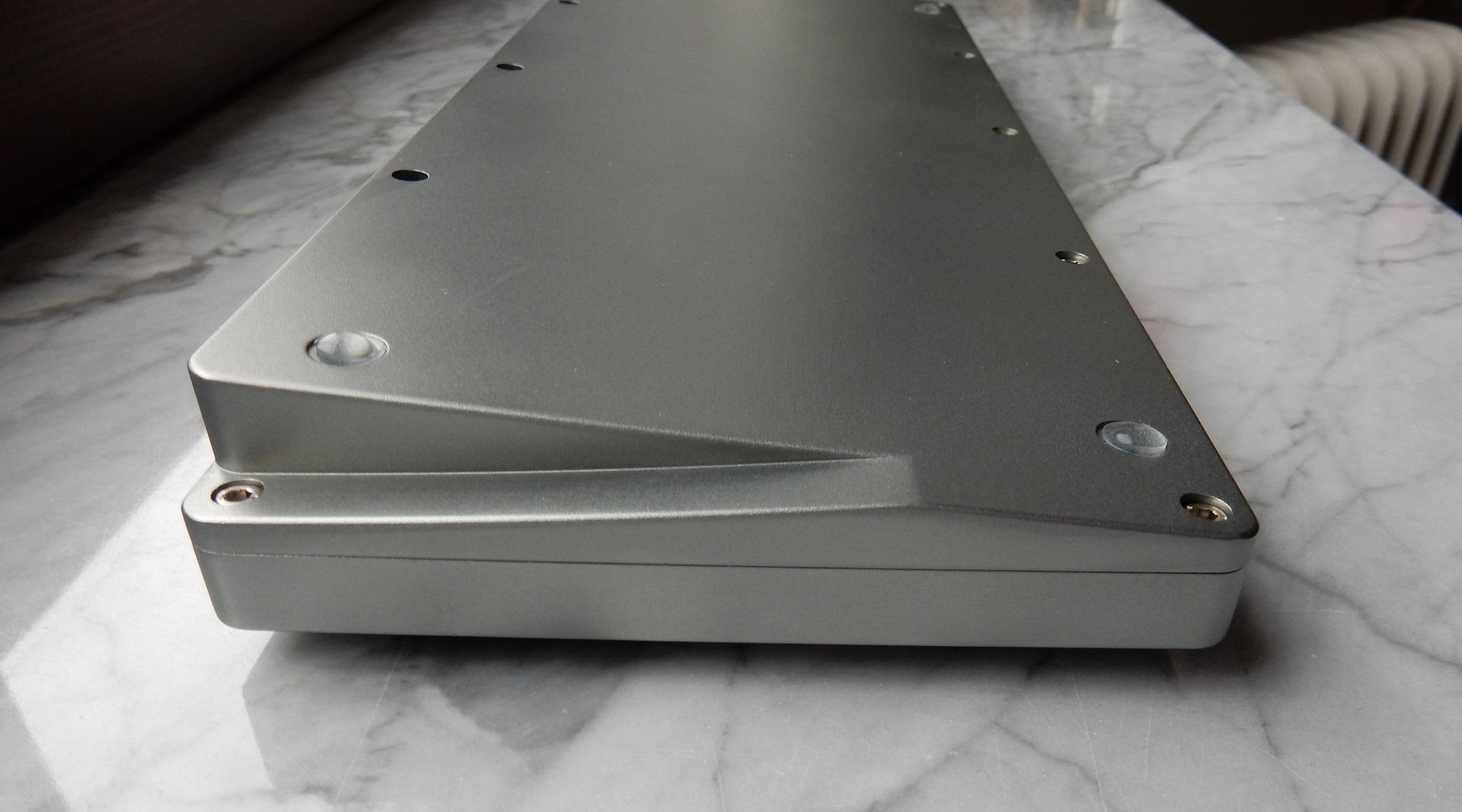 Side shot showing of the profile and side cut. There are ten M3 hex screws securing the top and bottom. 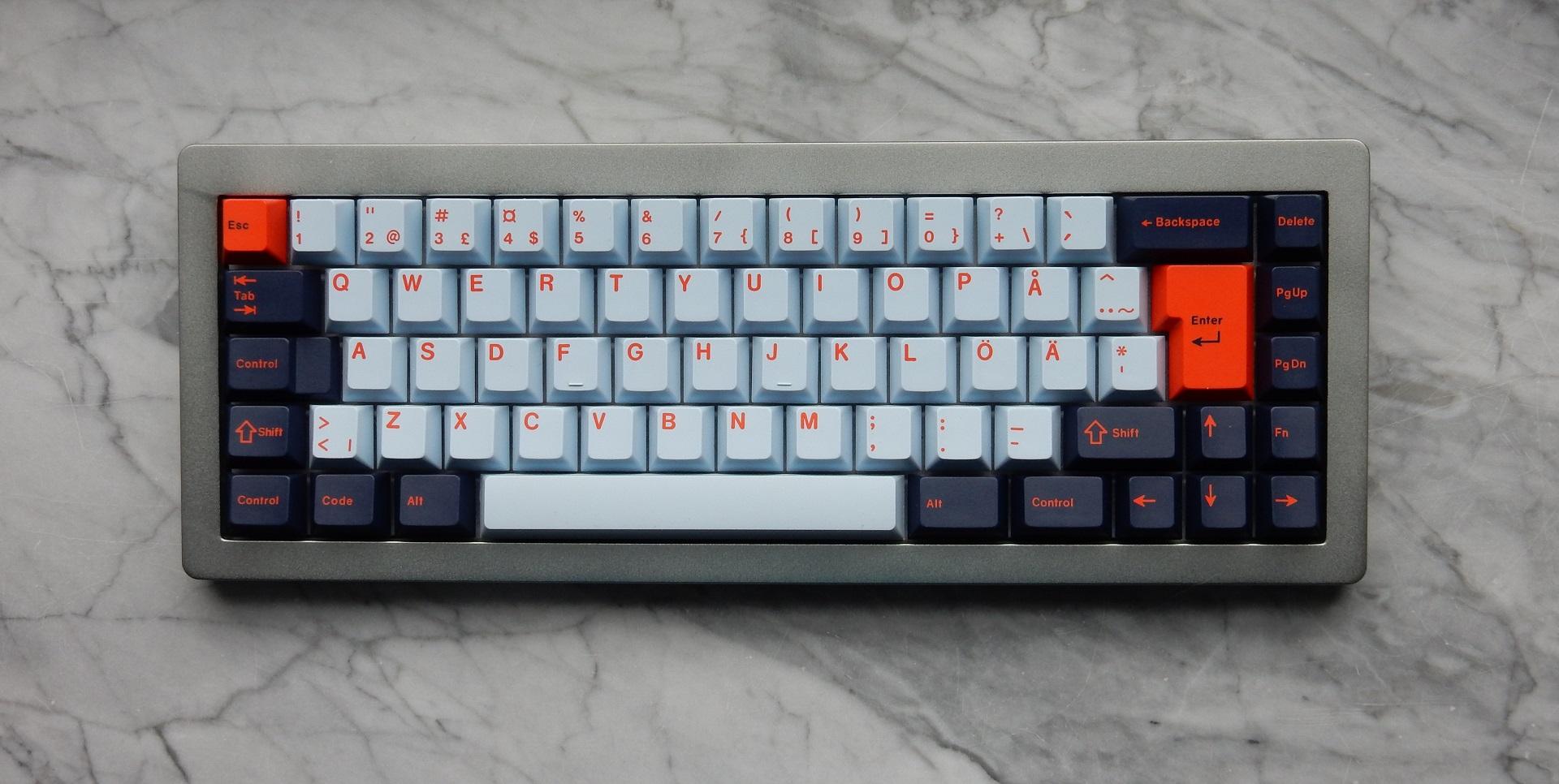 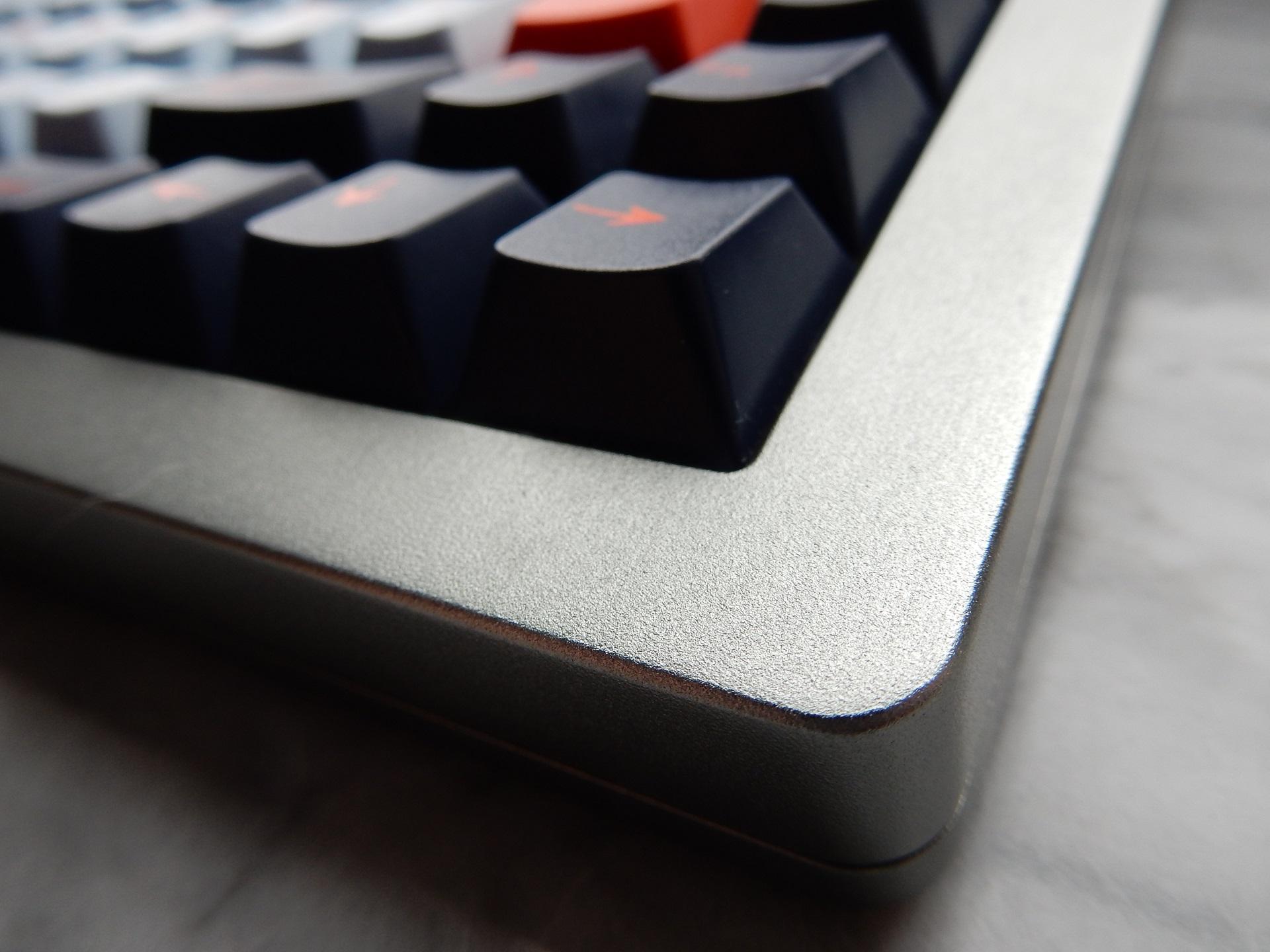 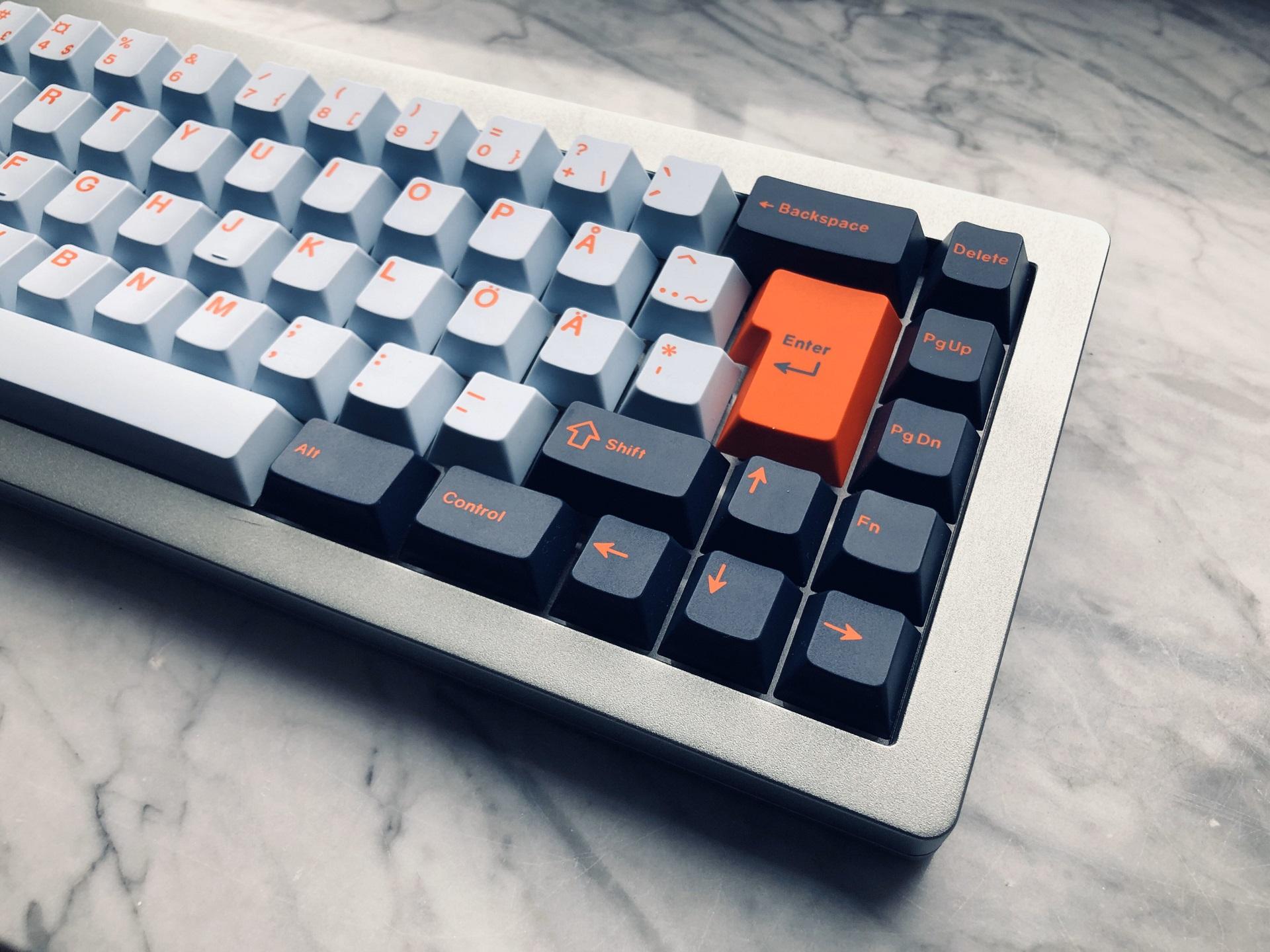 Another picture showing of the bezel

Close-up of one of the corners 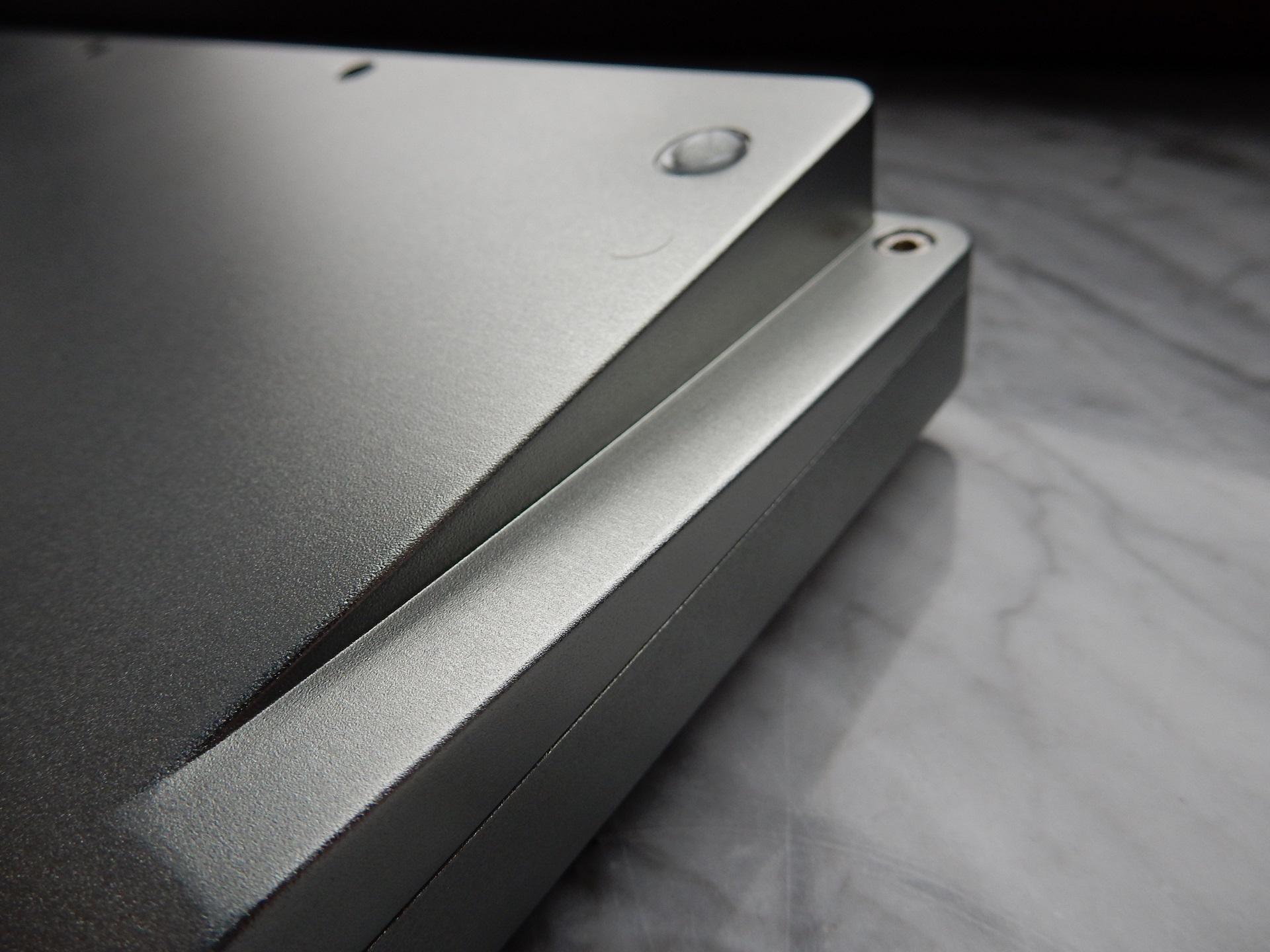 Close-up of the slope 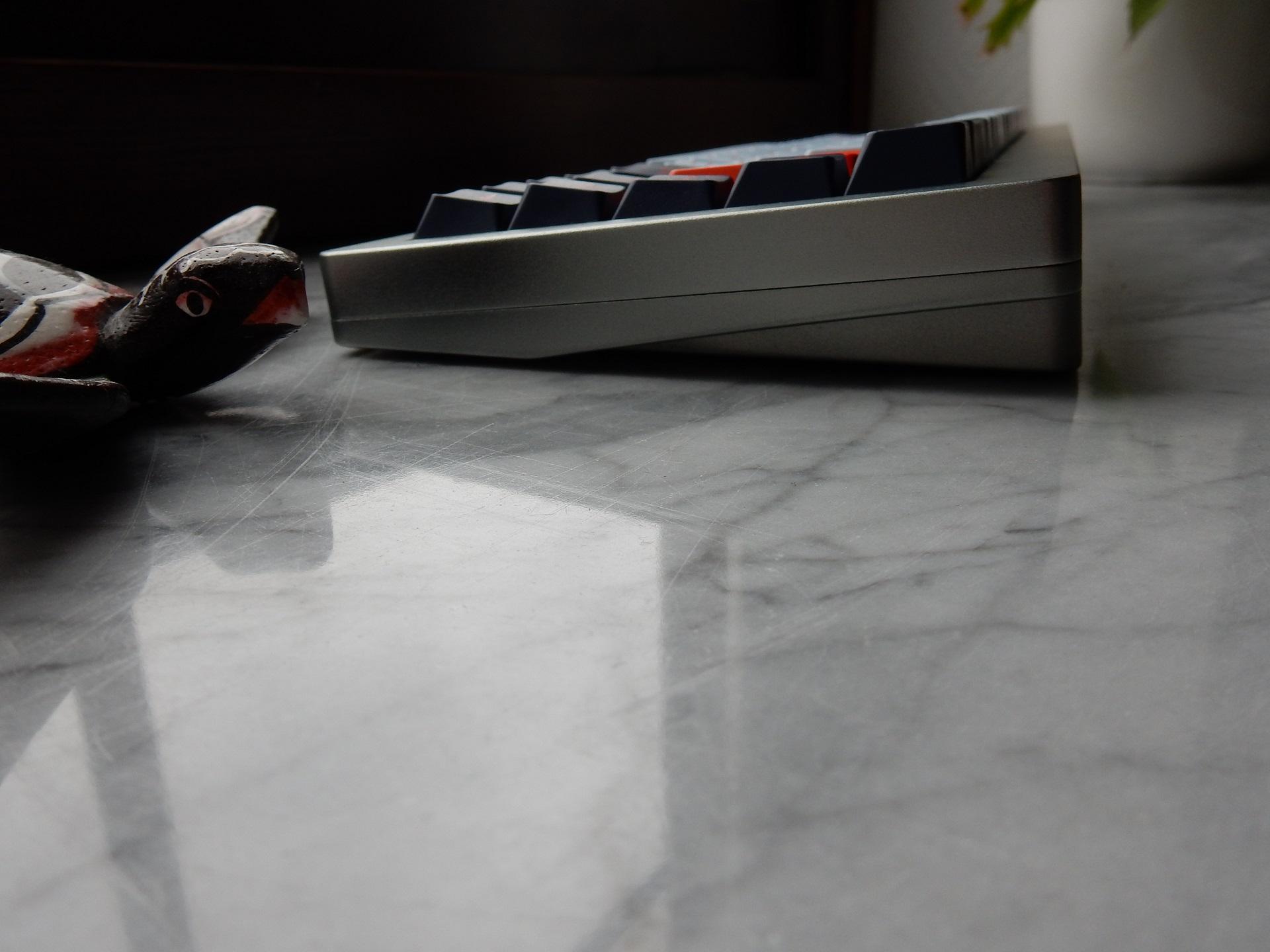 The profile including a turtle 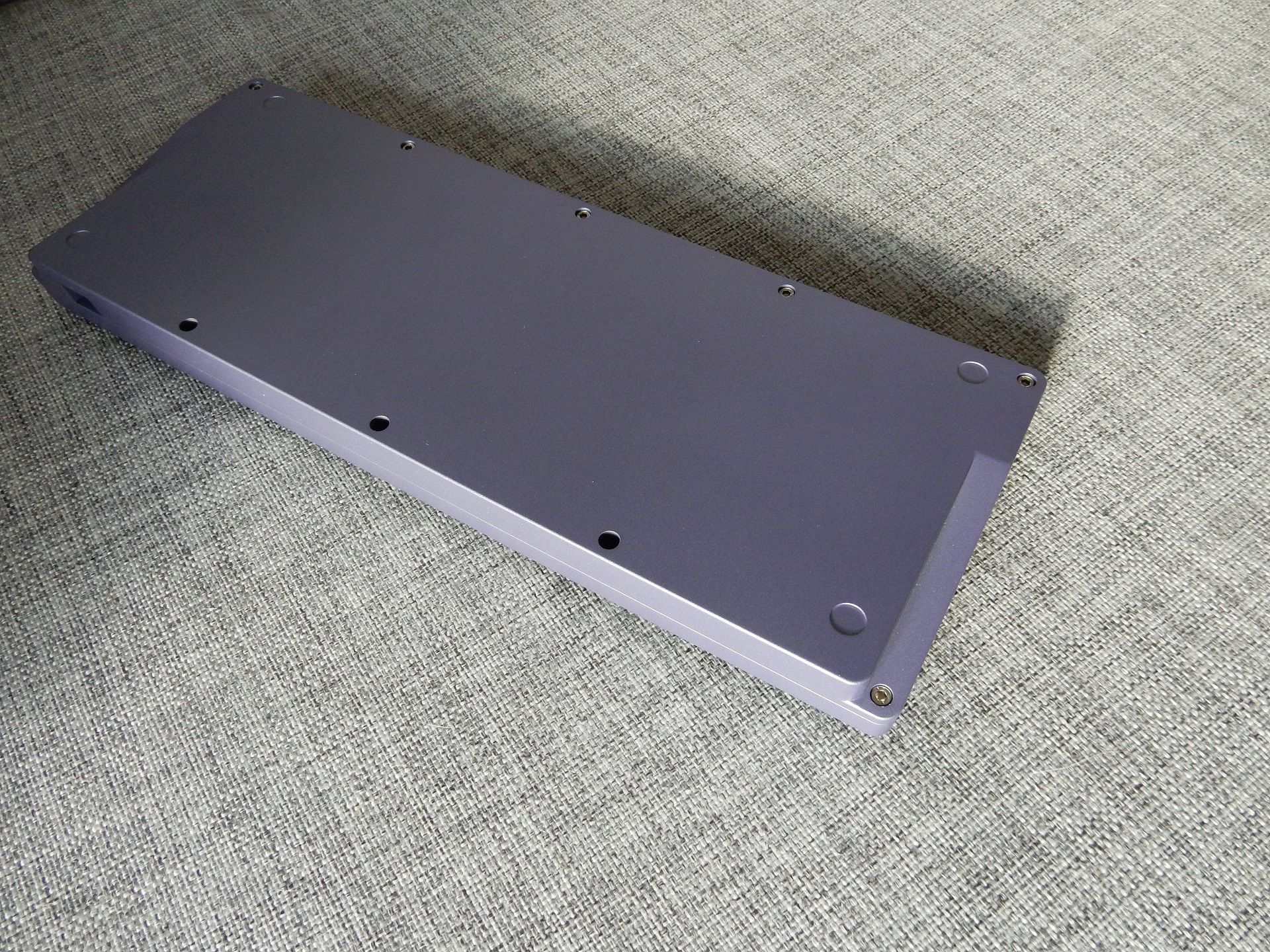 Now back from Salvun with a fresh coat 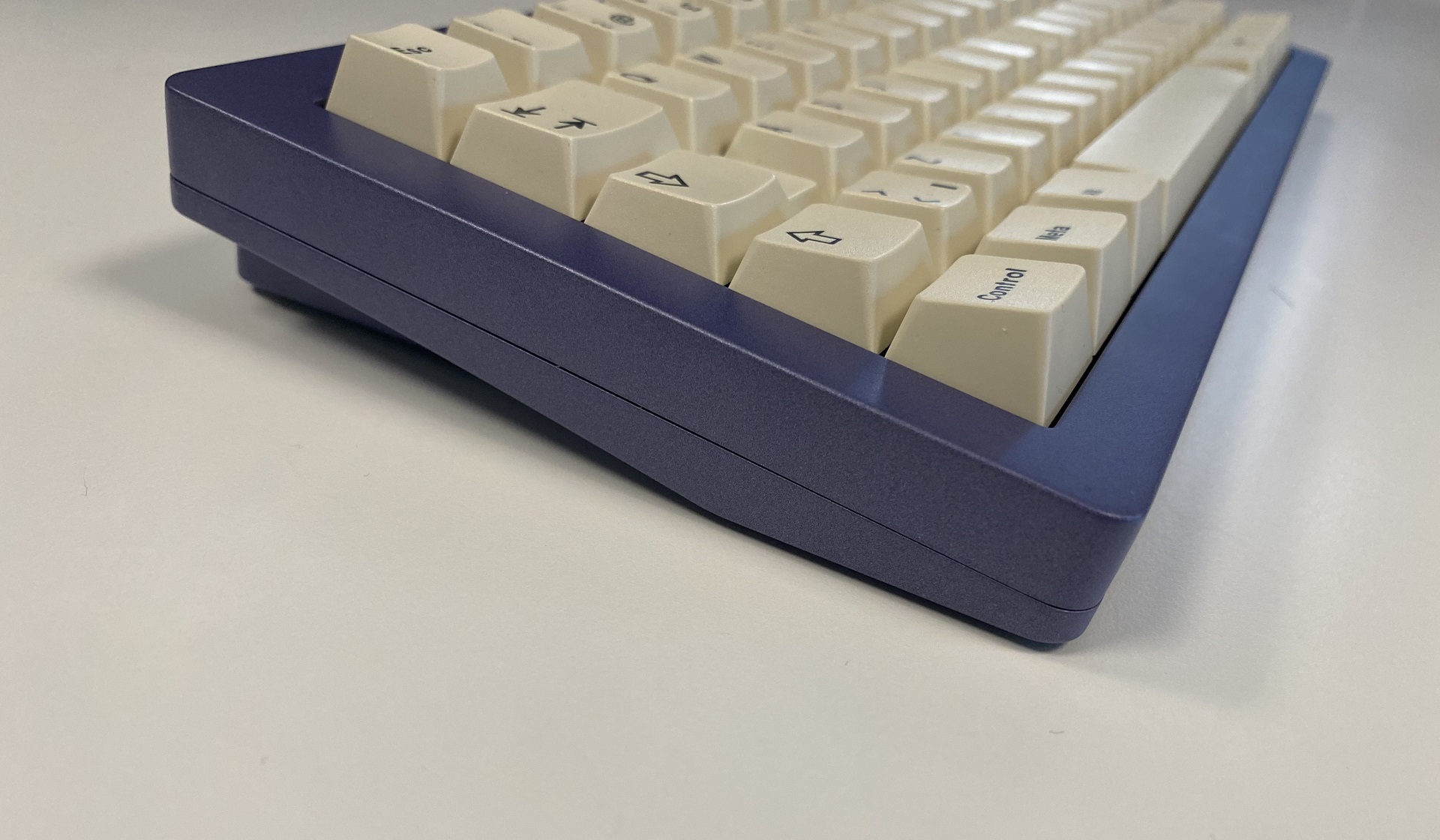 Its more or less purple depending on the light. Here with GMK Carbon and Umka mods 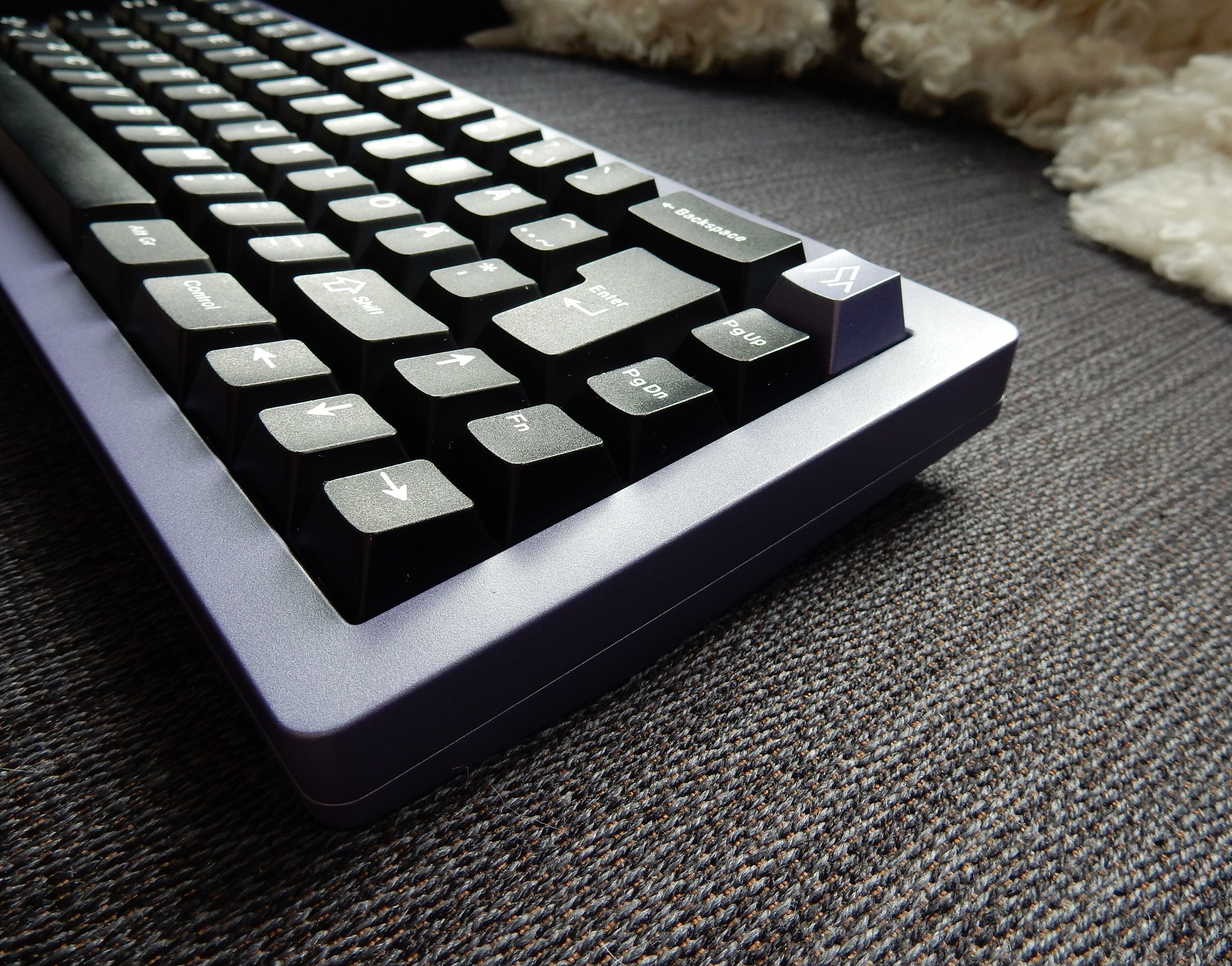 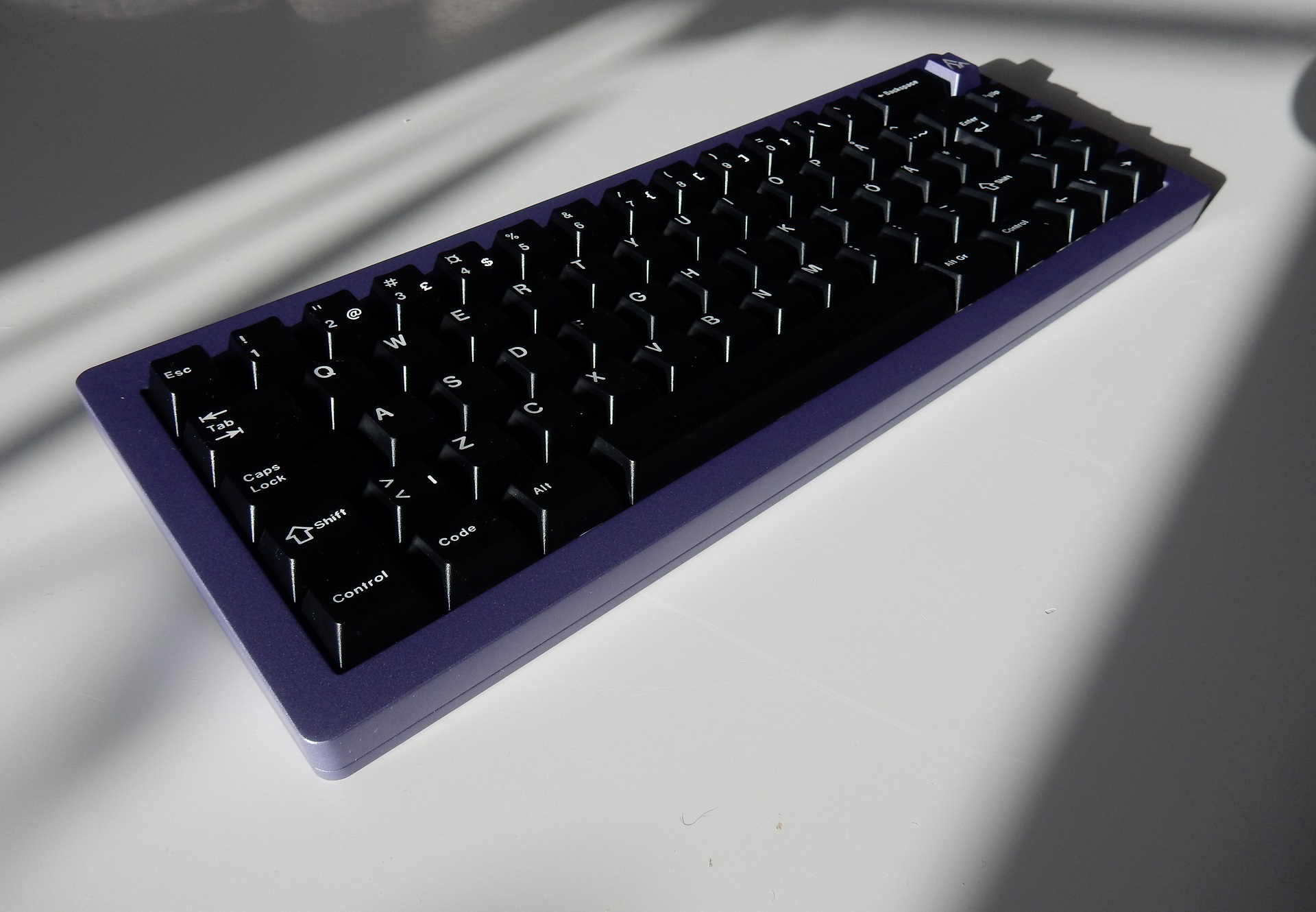 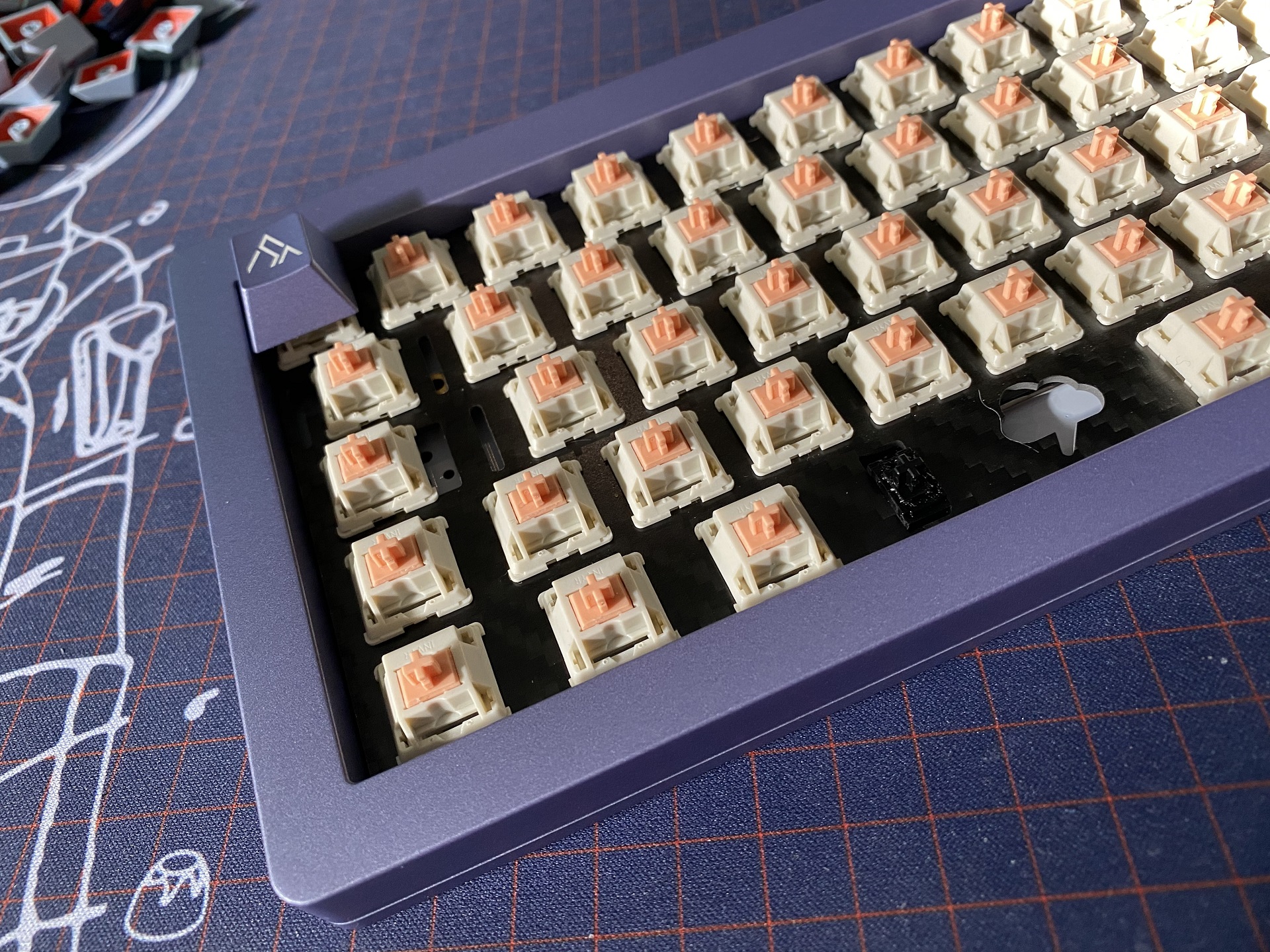 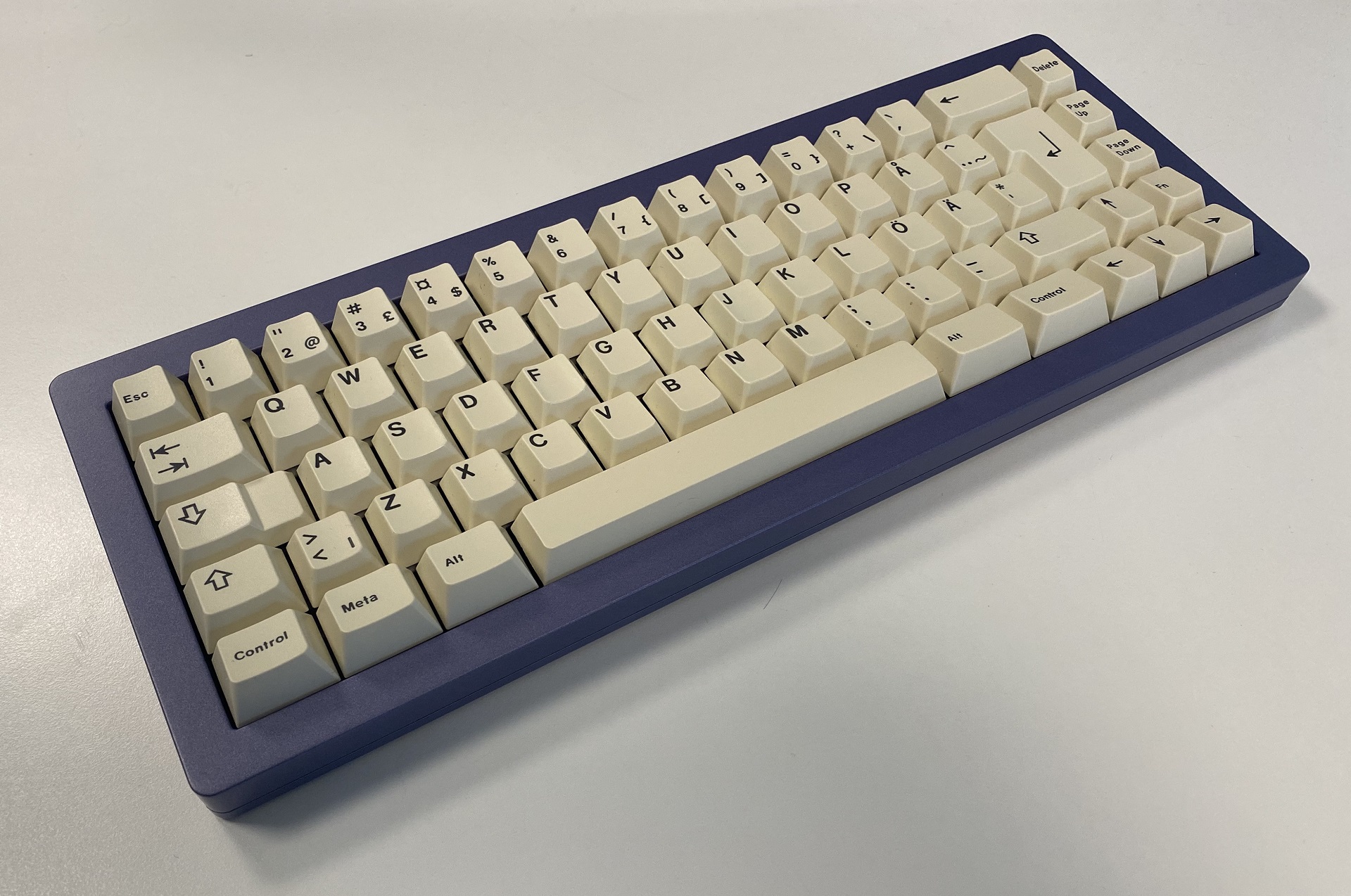