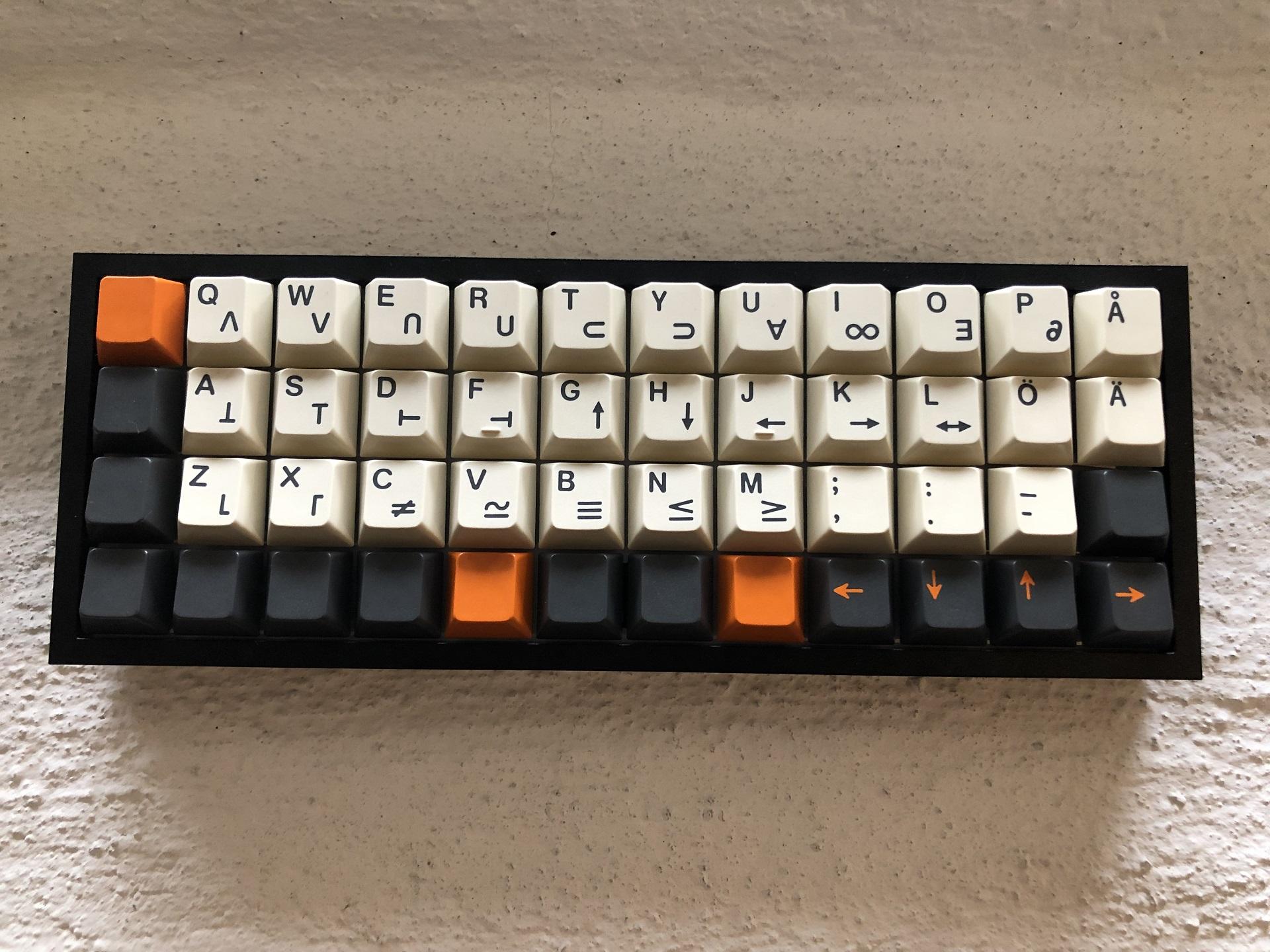 The Efreet is the idea of a Polish man, lets call him soran, who thought existing 40% orthos weren't good enough, so he made the as4x, later renamed Efreet. It is a solid piece where the silver anodized aluminum plate is sandwiched between the black top and bottom using eight hex screws. The PCB is custom made for this case and is QMK programmable of course. Much less hollow sounding than other 40% keyboards. It is on the other hand quite a hefty piece making it a little less portable than it looks.

The switches are milky Gateron clears lubed with GPL104. No stabilizers since I went for the grid layout. Keycaps are GMK Carbon cadet alphas (but normal NorDes) and blank ergo modifiers with arrows from the base kit. 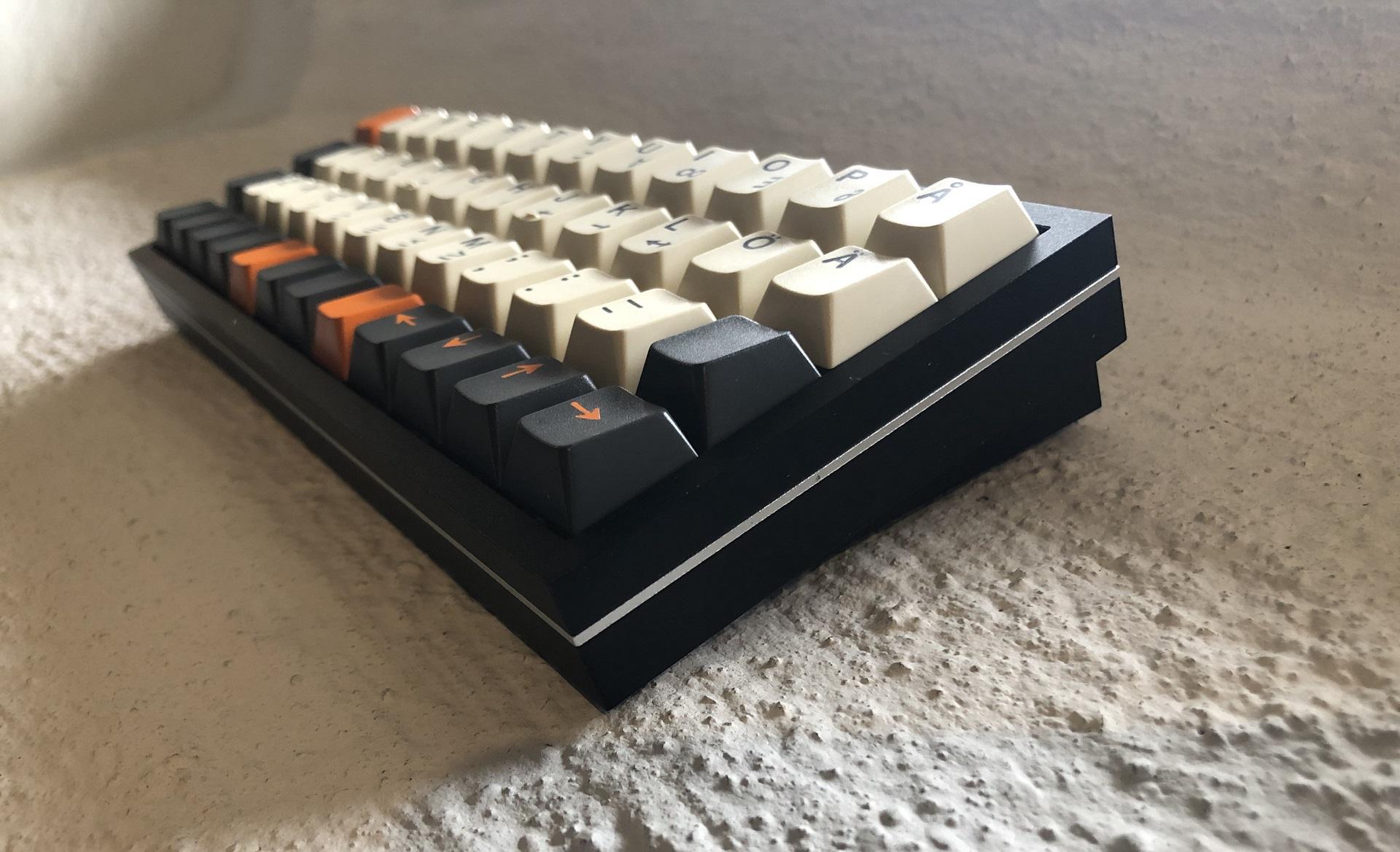 Showing of the angle of the little keyboard 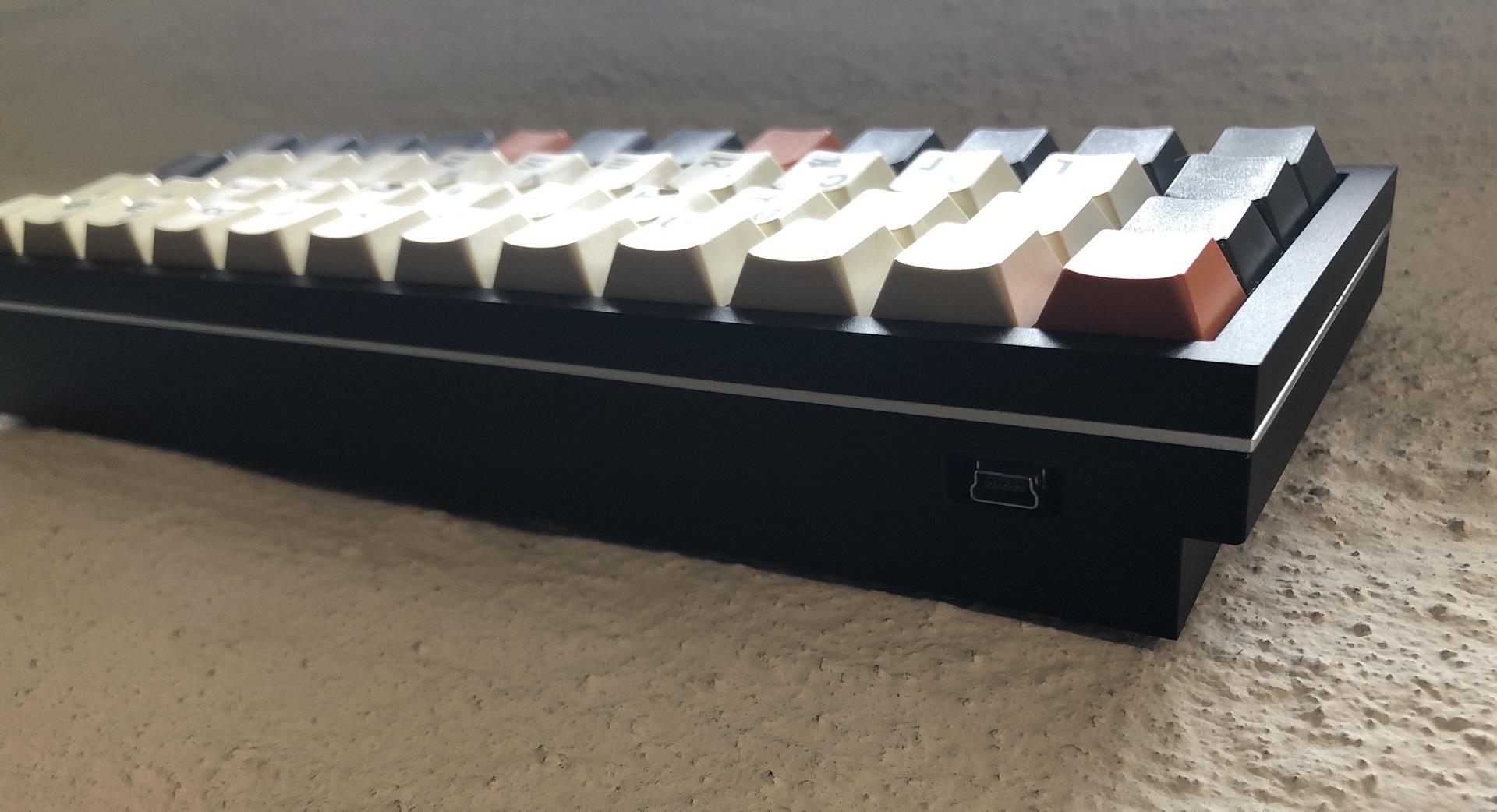 Backside shot showing the design of the base

Switches in place in plate and PCB. These are very light gateron clears