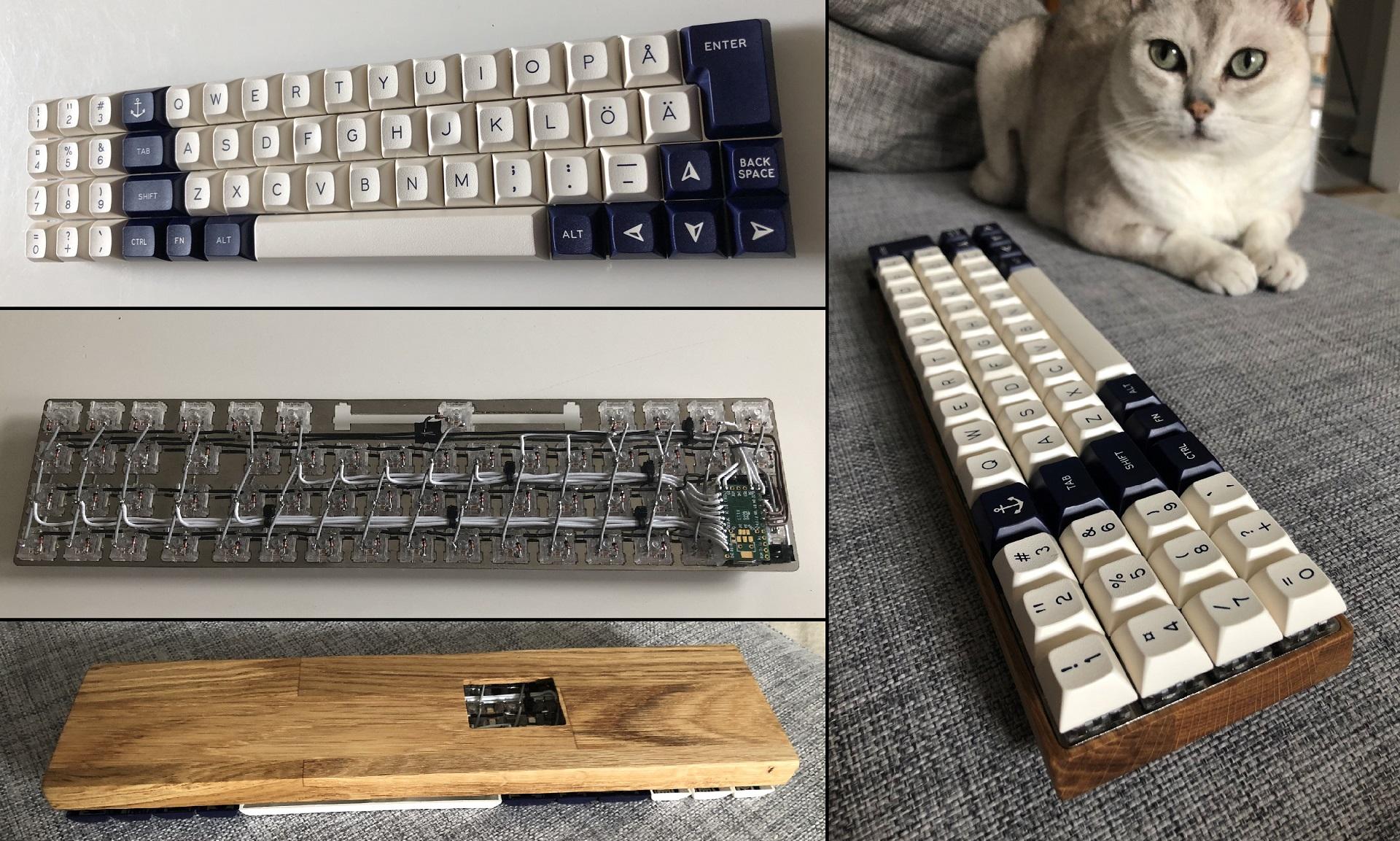 I wanted to test a completly custom build after handwiring a Planck, so I ordered a stainless steel plate from Lasergist after figuring out the layout in KLE and uploading using Swillkb. After a couple of week the plate arrived and this is the first post assembling switches, stabs and plate.

Got my hands on some unassambled Outemu ICE Silver switches for the build from user hbheroinbob on Reddit. They are semi-heavy linears. I chose the Teensy 2.0 as microcontroller for this build since the Pro Micro did not have enought pins to handle the 21 I/O ports needed, and it also has Mini- instead of Micro-USB port as well which make it more compatible with all the custom cables I have.

The handwiring itself was very tedious and this is probably my last handwired keyboard. Think I got the cable management as good as it was possible and then fastened the Teensy with some hotglue.

The case was a collaboration together with fellow Redditor u/johananasen who also happened to work close by and has access to a lot of cool stuff such as 3D-printer and a large CNC router. After doing a draft for him he modelled the case in Fusion 360 and then CNC routered the case from oak.

The name Gregg came from when posting the keyboard on Reddit and asking for ideas regarding names. There were plenty of ideas, but Gregg kinda stuck.

The layout from KLE showing default layer and Fn-layer keys

The CAD drawing for the oak case

The Outemu Ice silver switches in the Lasergist plate

Handwiring done. Tried to keep it neat and tidy 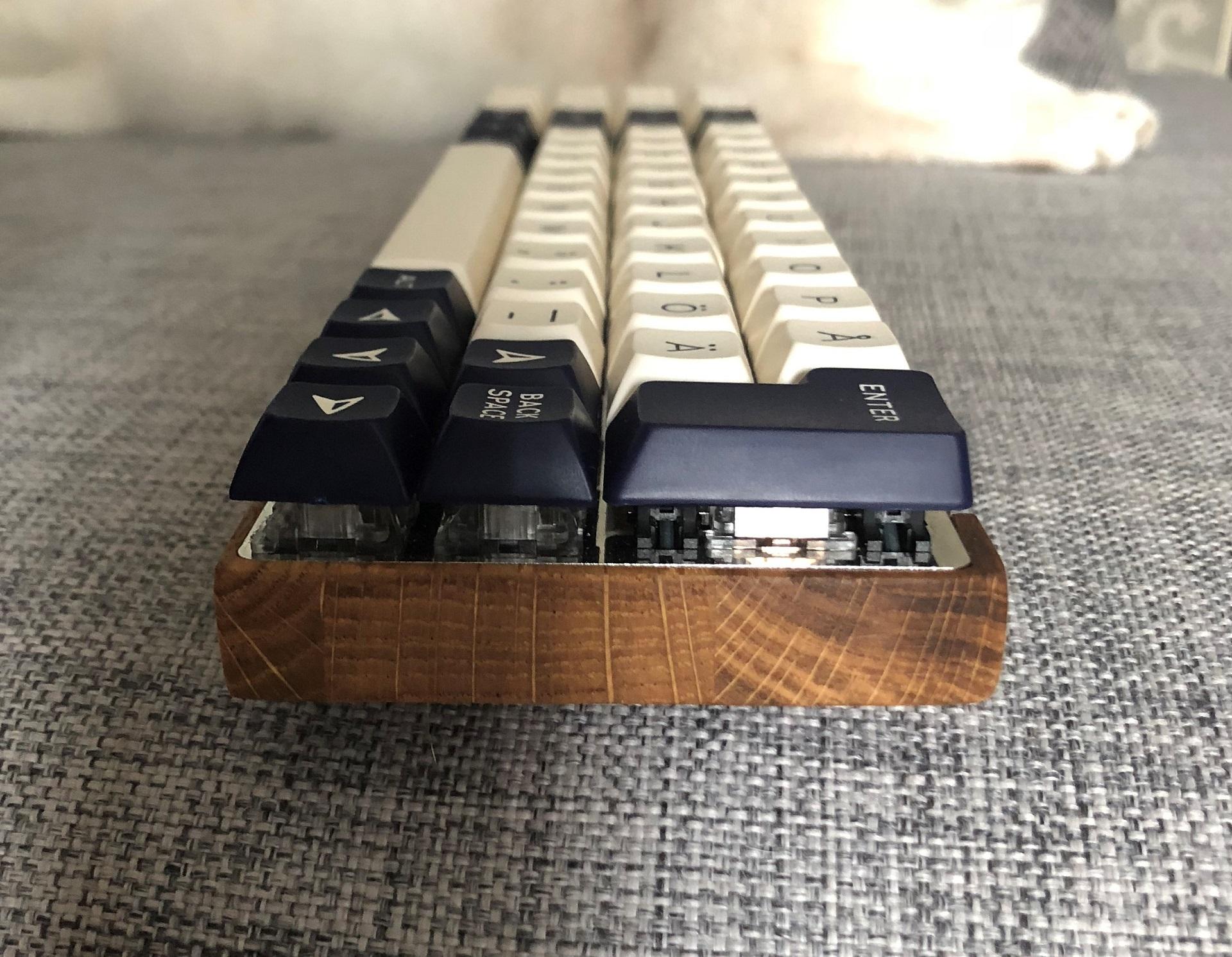 This is how the plate sits in the oak case. Flush and nice. 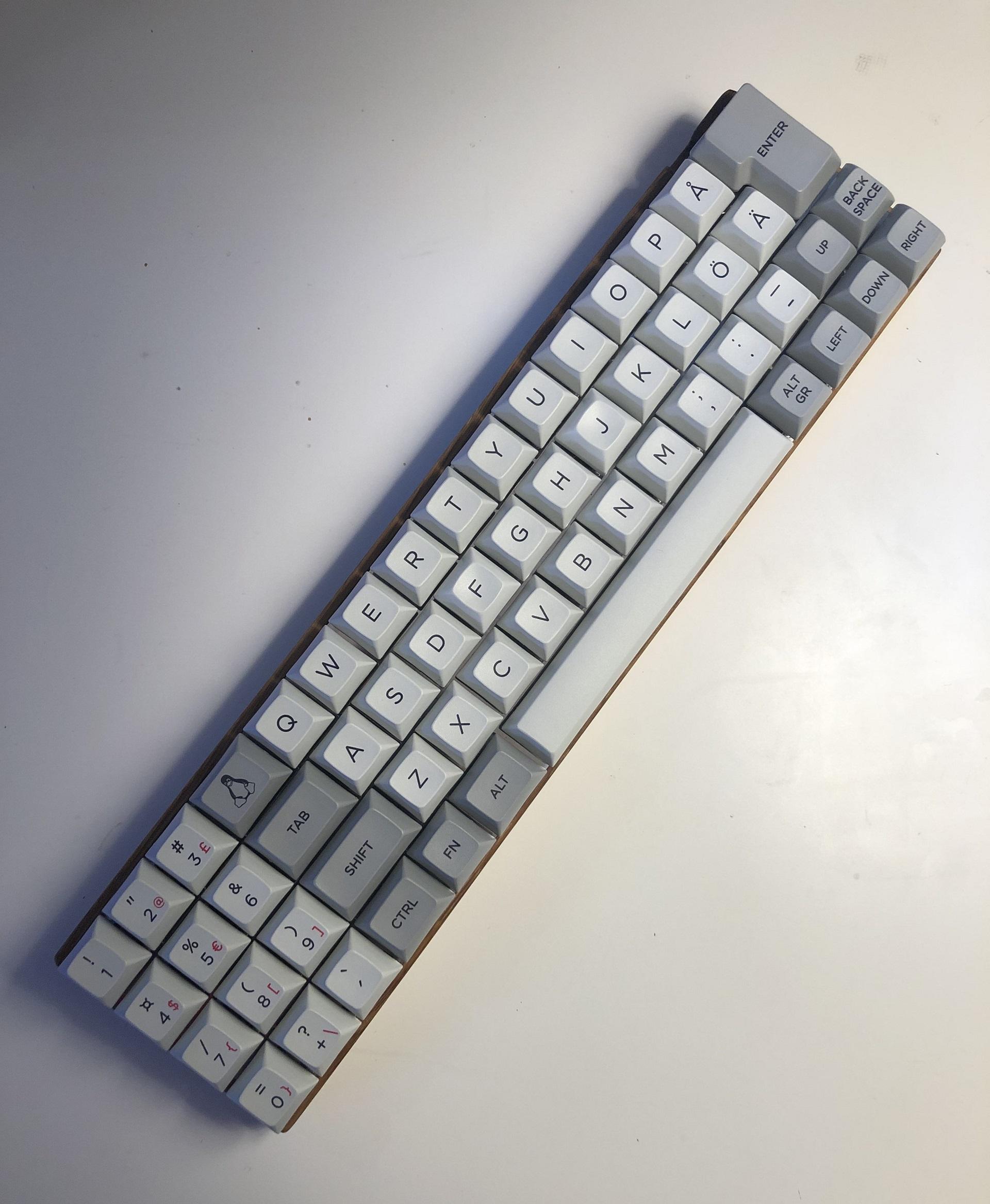