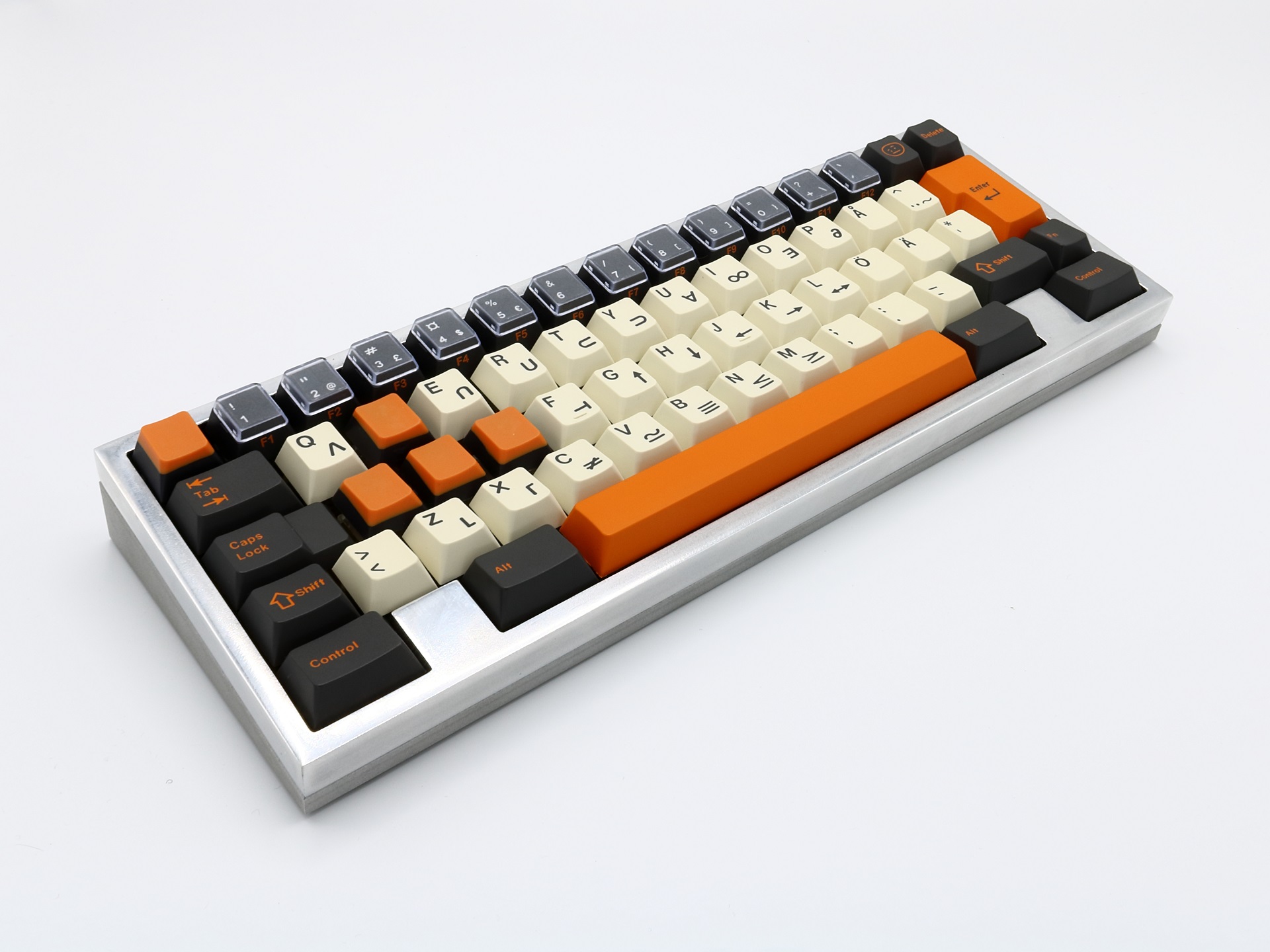 The idb60 prototype was a small discord groupbuy by idb keyboards. Approximately 10 units were made, some anodized and some in raw aluminium. I chosed raw aluminum to be able to either paint it or polish it.
It features plateless design where the PCB is suspended on o-ring-dampened tabs that are sandwiched between the top and bottom. Layout is 60% WKL with stepped CapsLock and split right shift. It is built with C3 Tangerine switches with a Hirose spacebar switch and GMK screw-in stabs 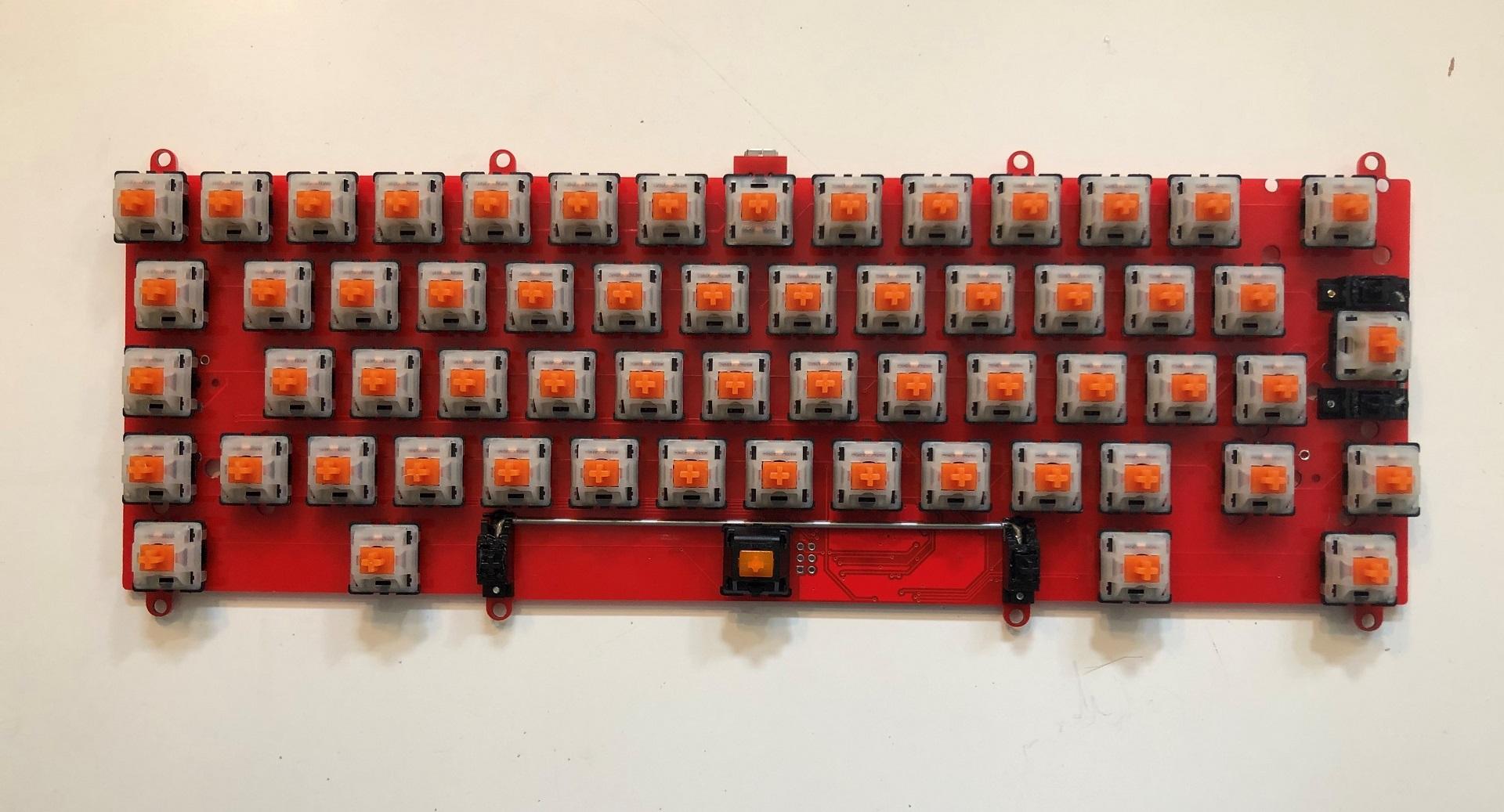 Red PCB with C3 tangerines and a Hirose spacebar switch. PCB later on got replaced with a yellow one supporting split backspace 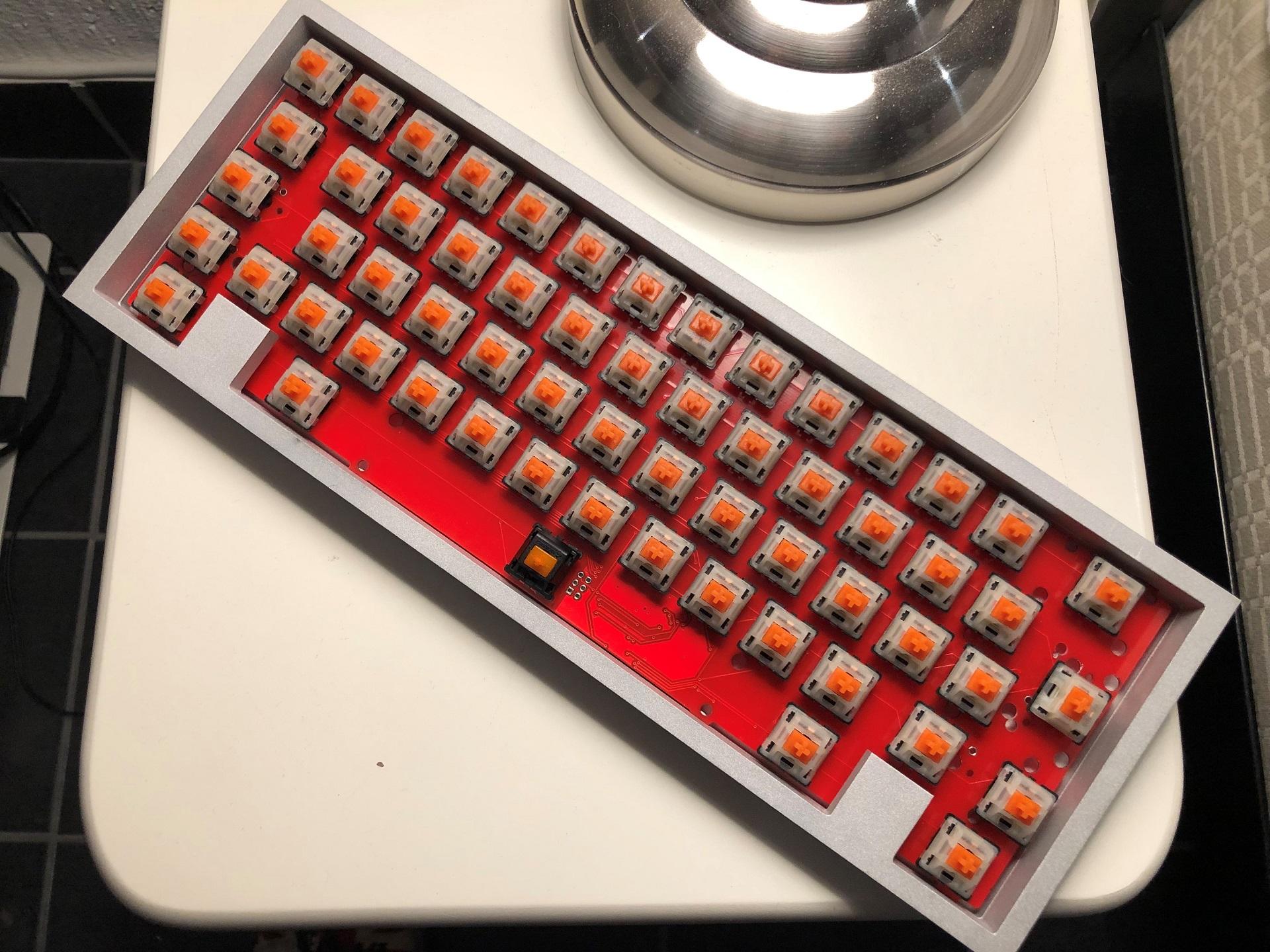 PCB mounted in case. Top part not buffed yet 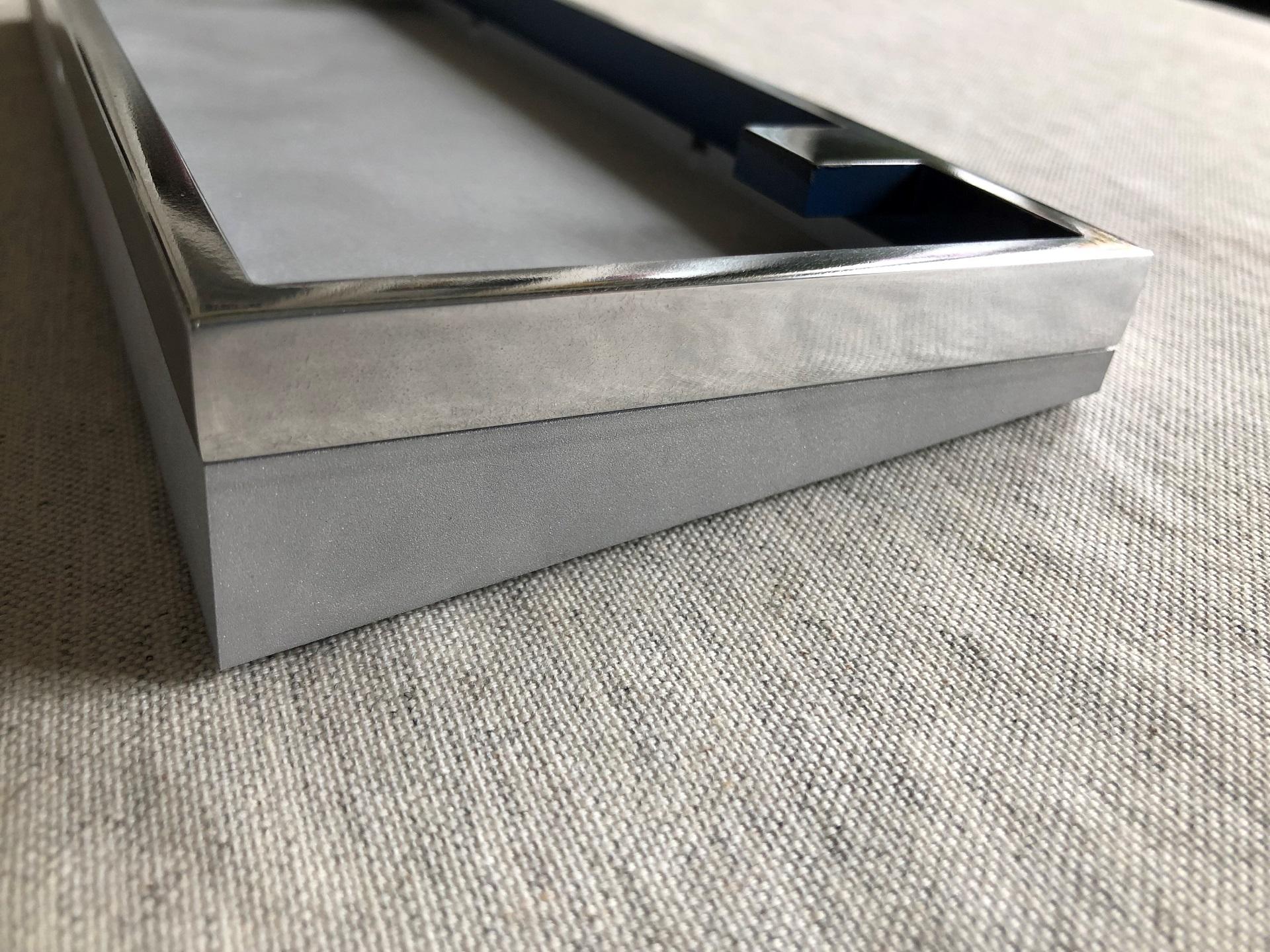 Decided to polish and buff the top part of the case. This is how shiny it came out 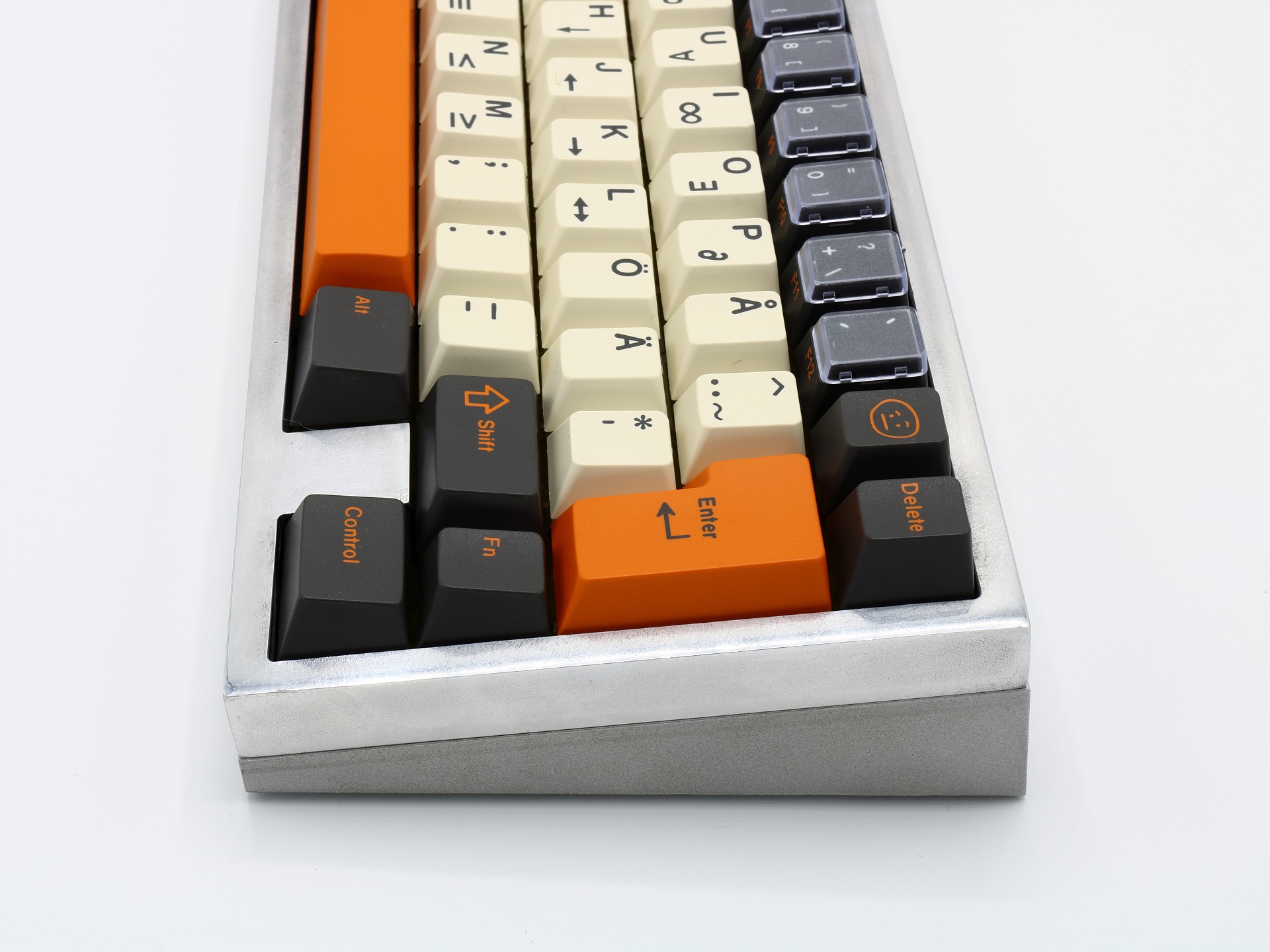 Profile shot of if showing of some dents and buff marks 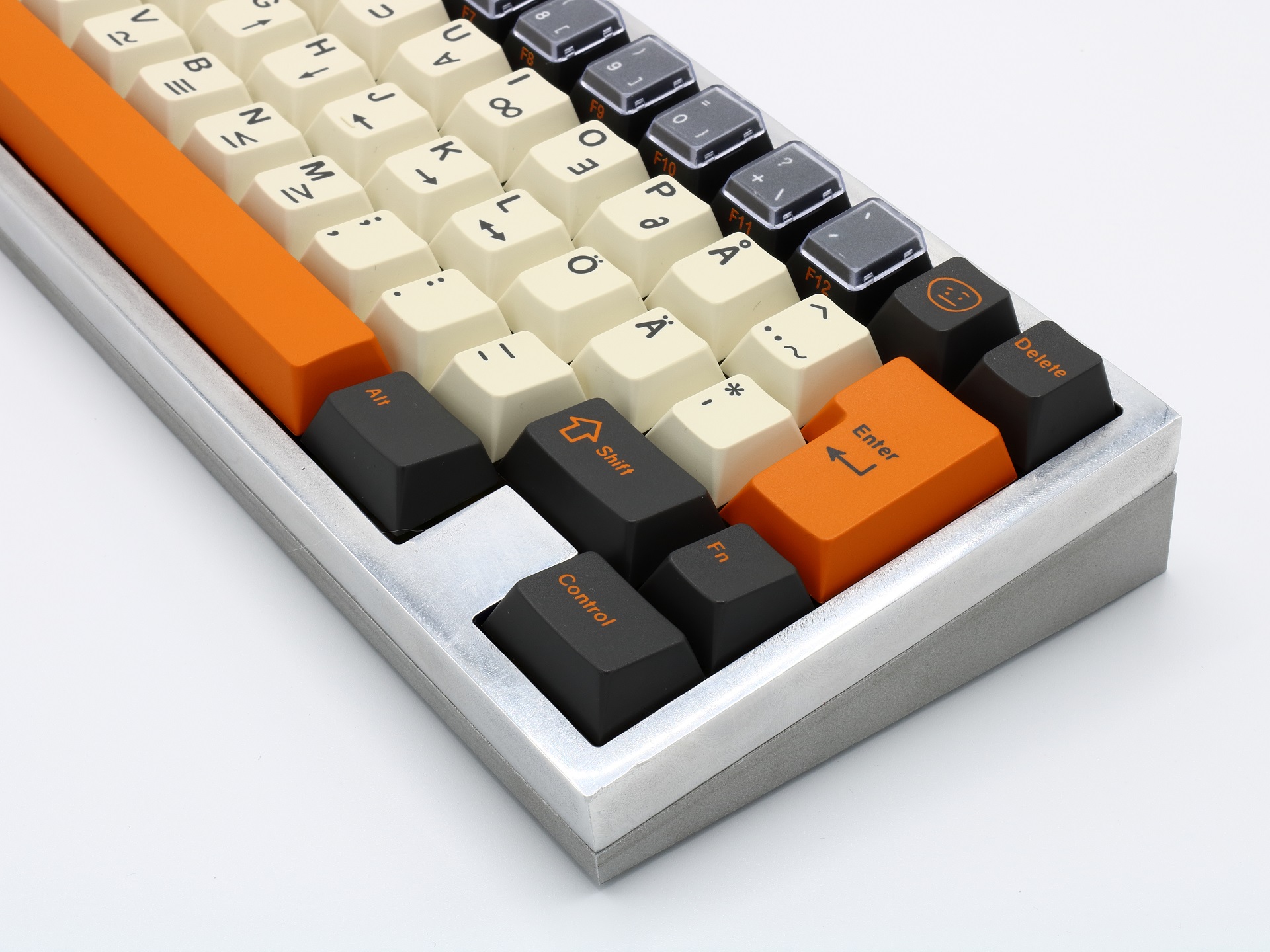 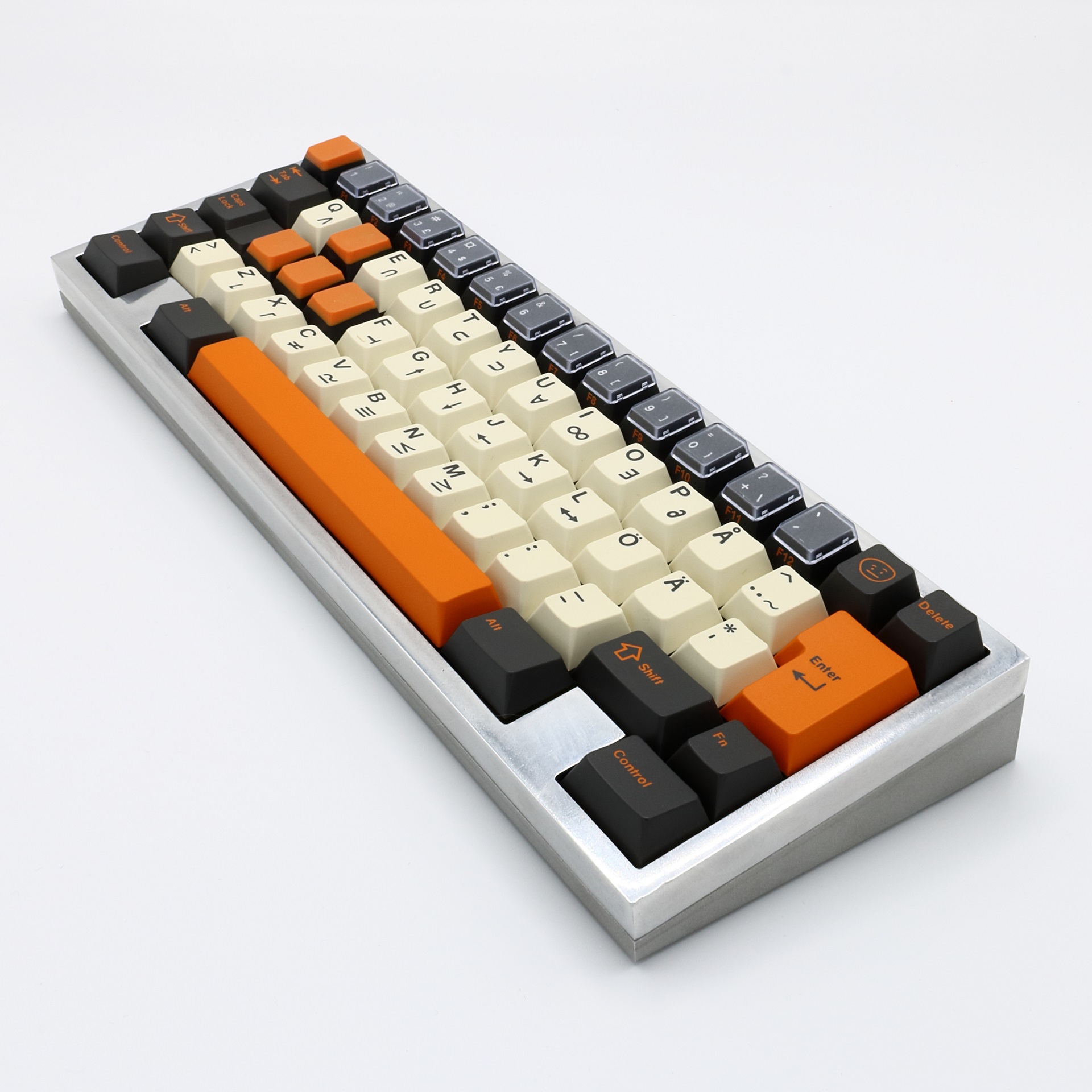