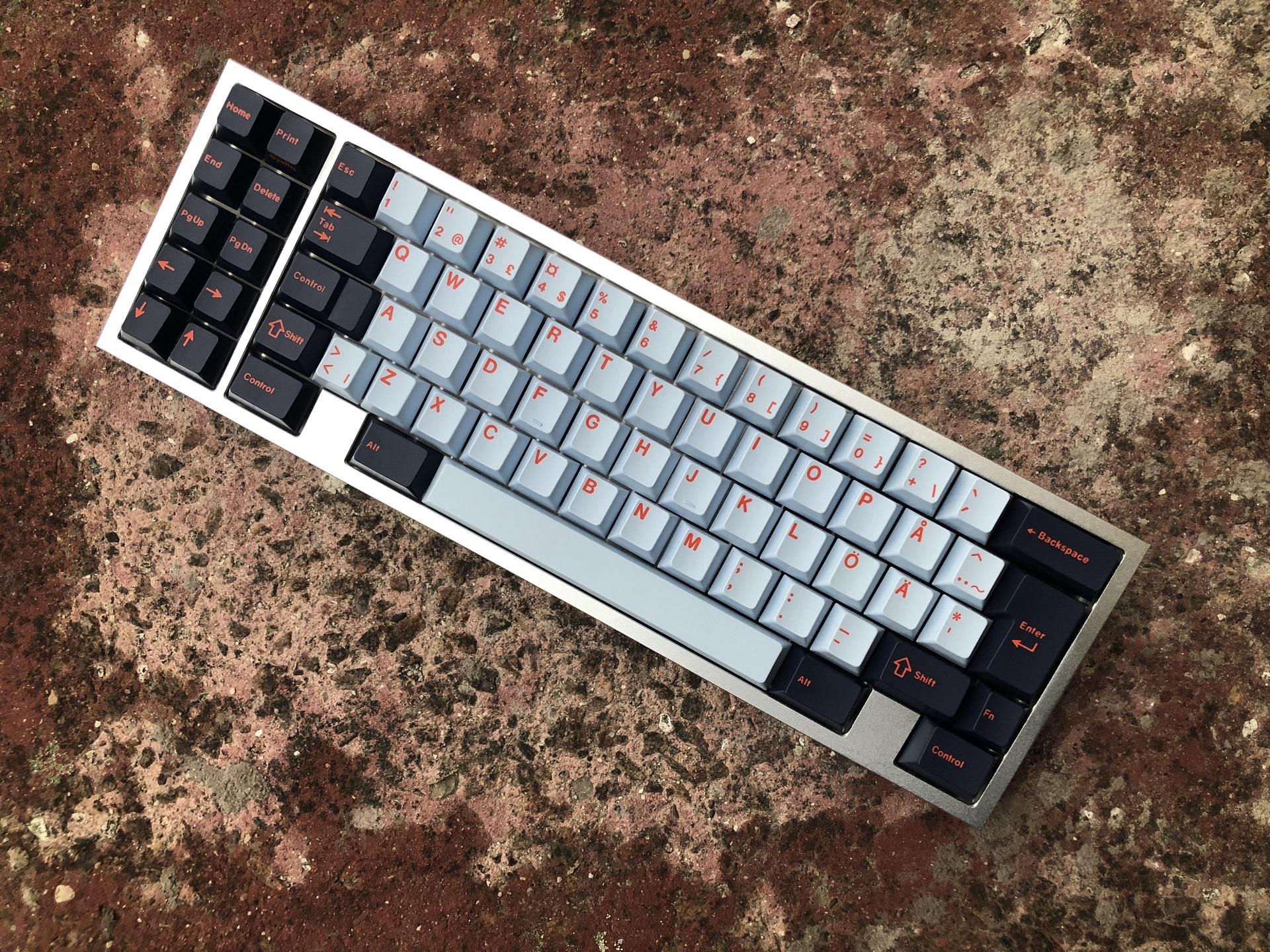 The case was designed and engineered by Reddit user omgitspngu and then two examples were manufactured in China. Pngu kept one and sent the other one to me for test-fitting. The case is made out of aluminum, beadblasted and then anodized. This keeb has a distinct nod to the IBM XT keyboard, but back in the days the section on the left was used for F1-F10. 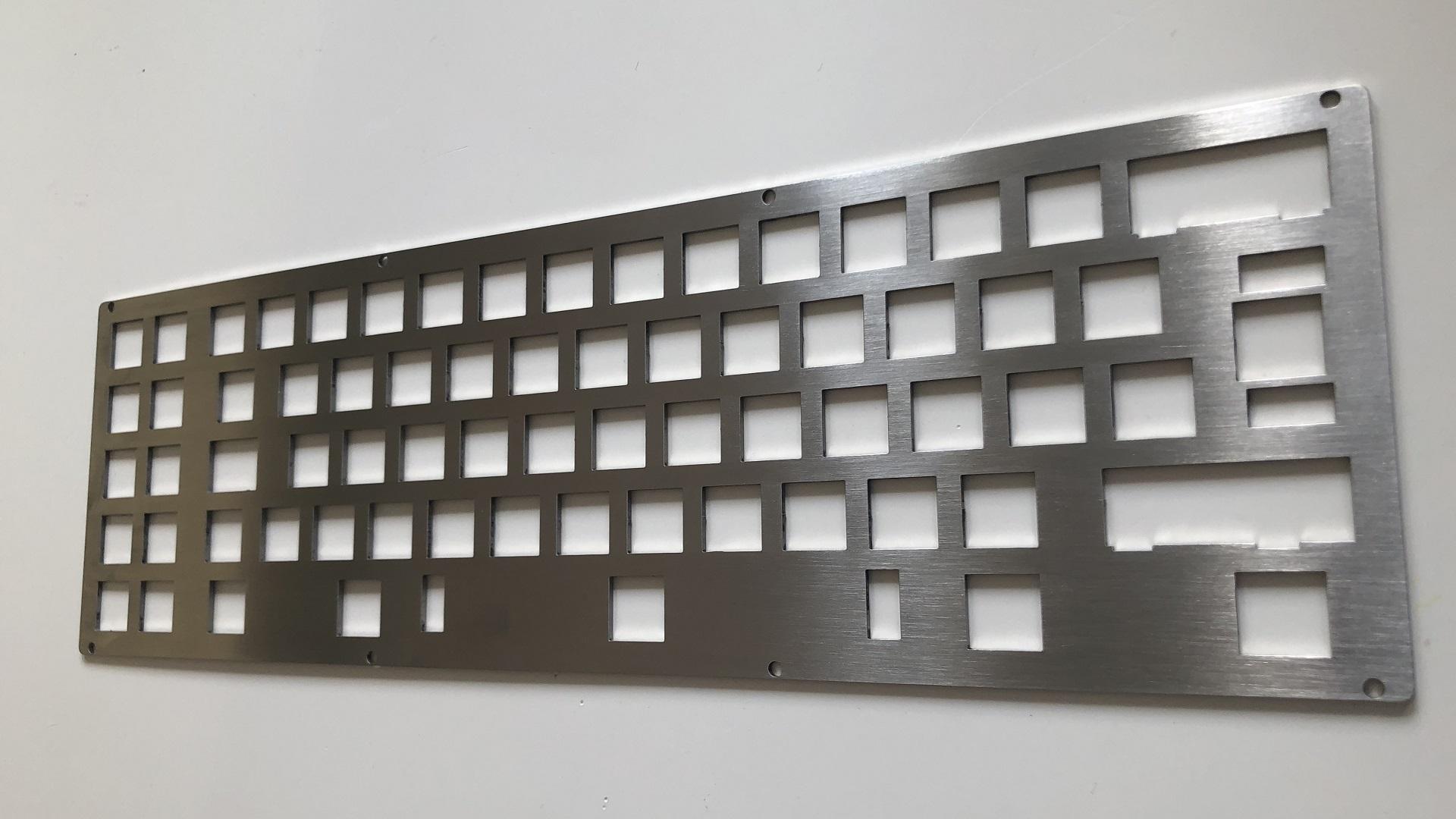 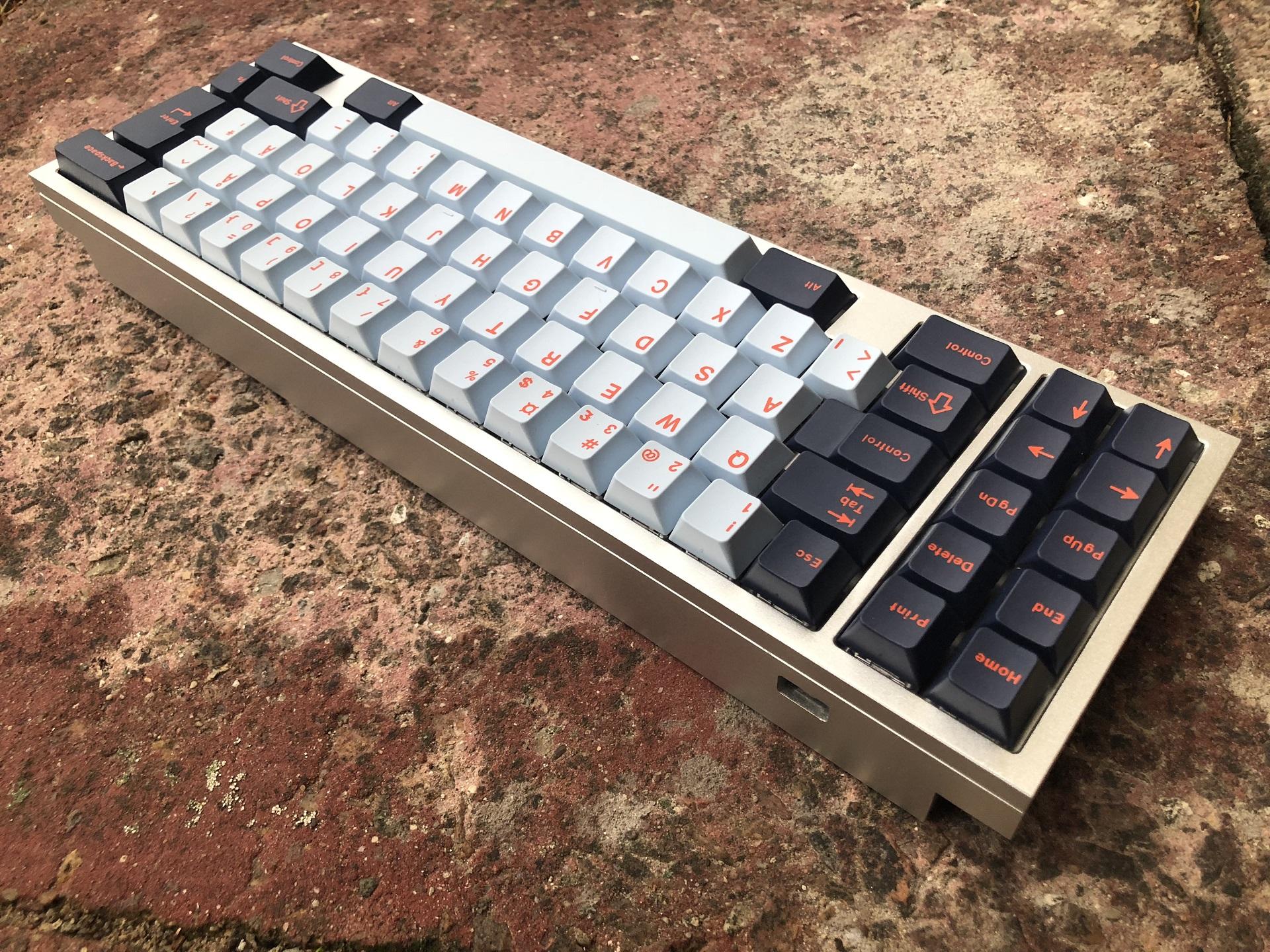 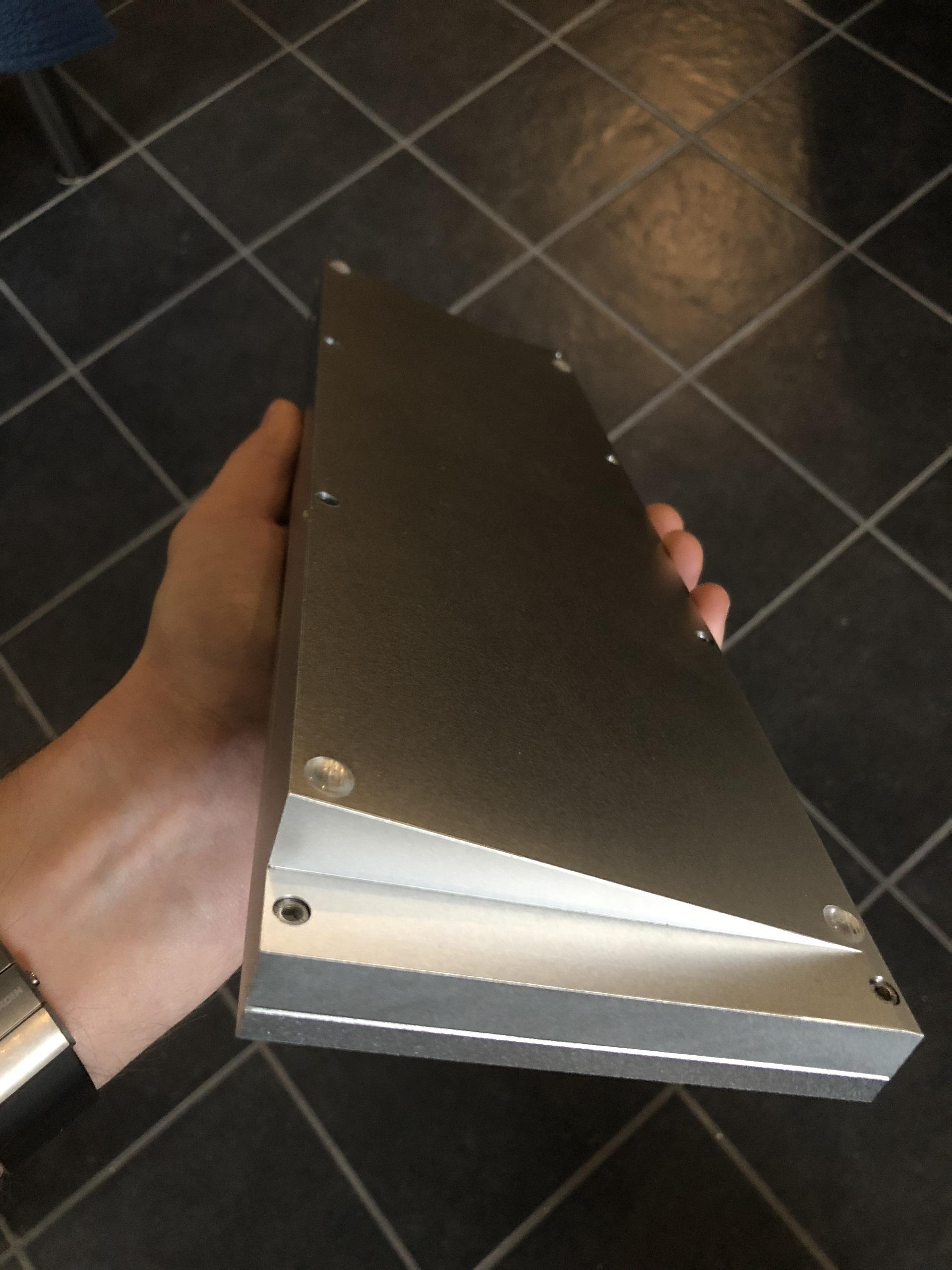 A shot of underside showing of the massive bottom 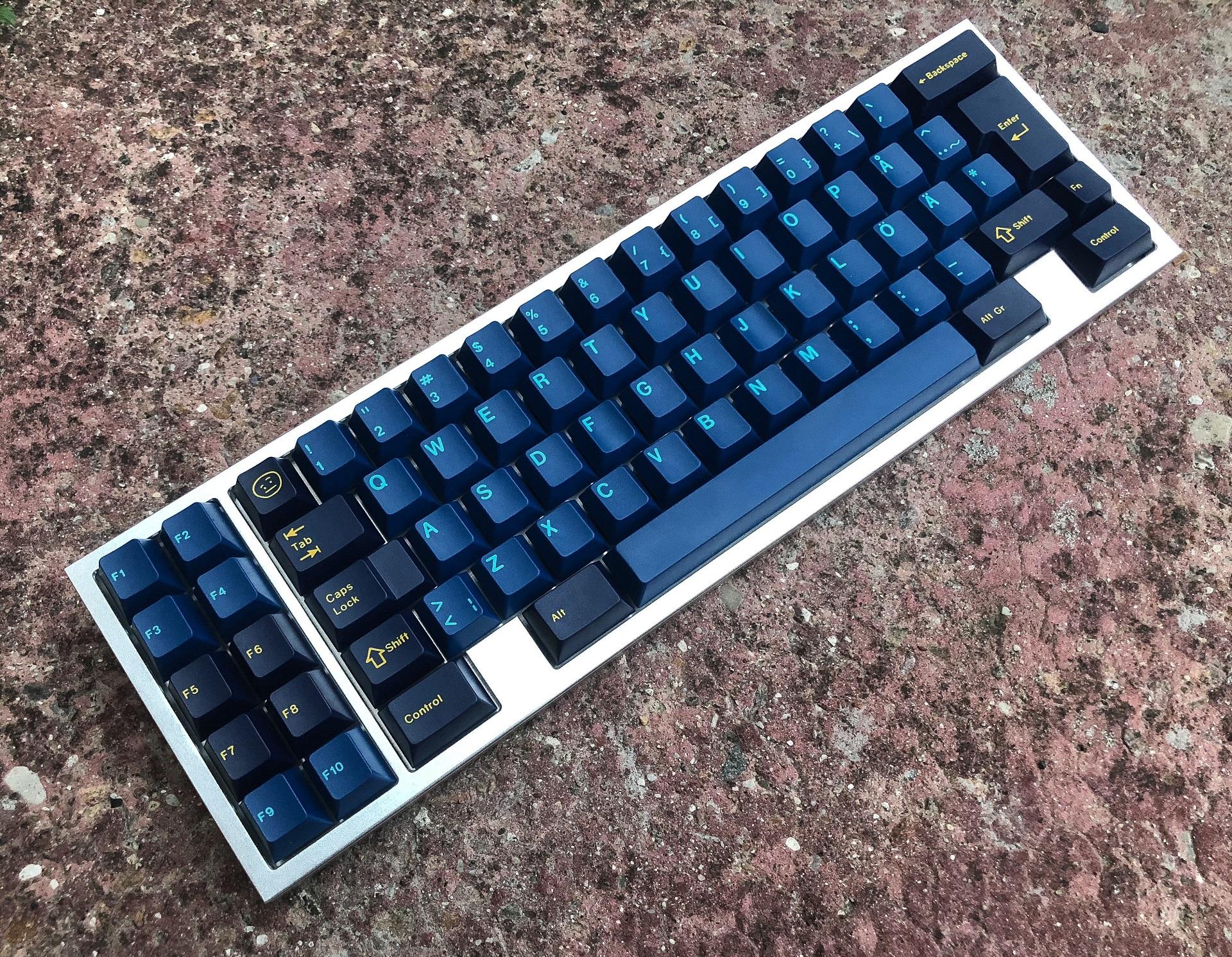 Another shot of the keeb in the wild, this time with GMK Nautilus and a Watster artisan on Esc 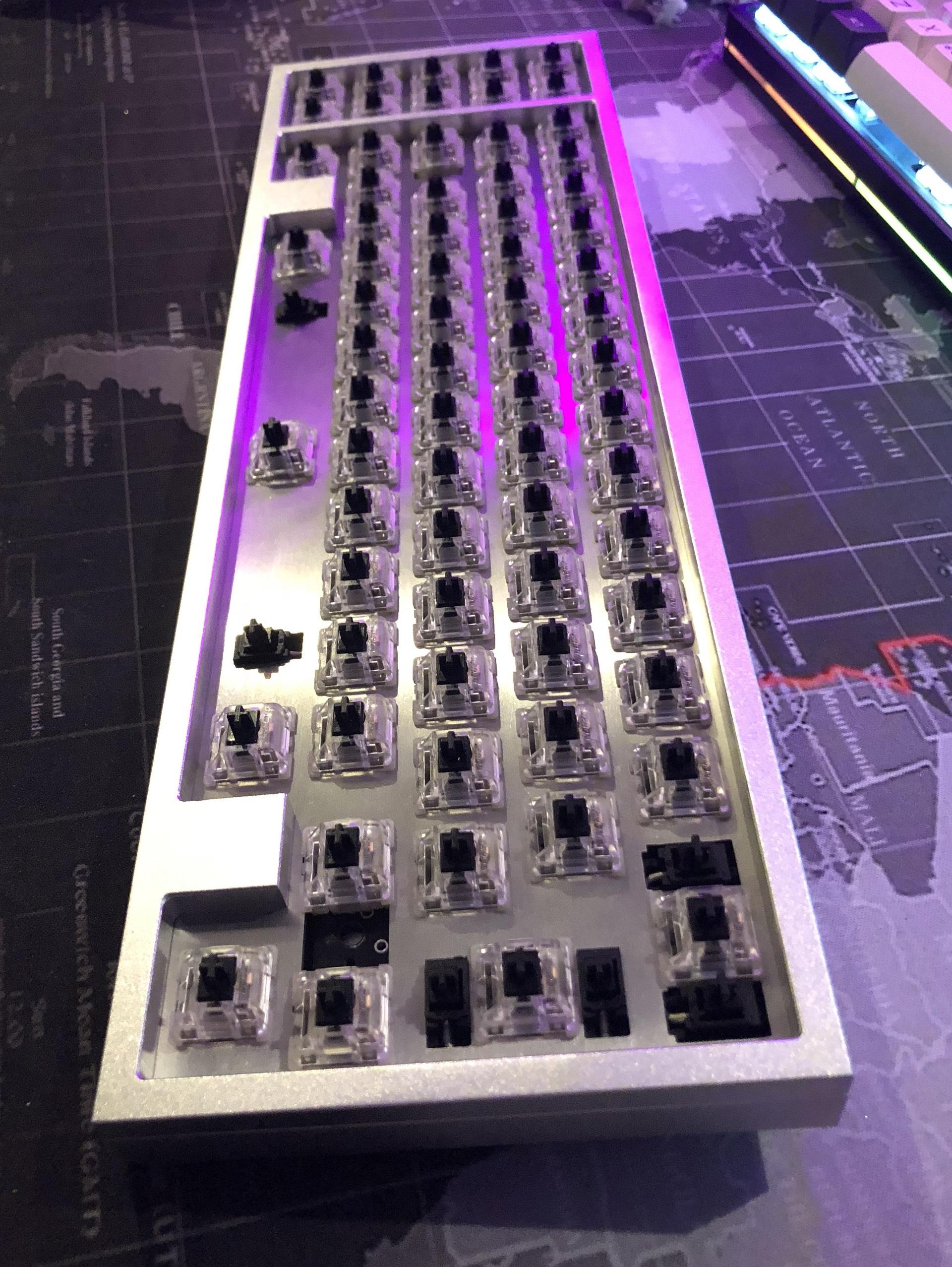 Picture of the keyboard without caps